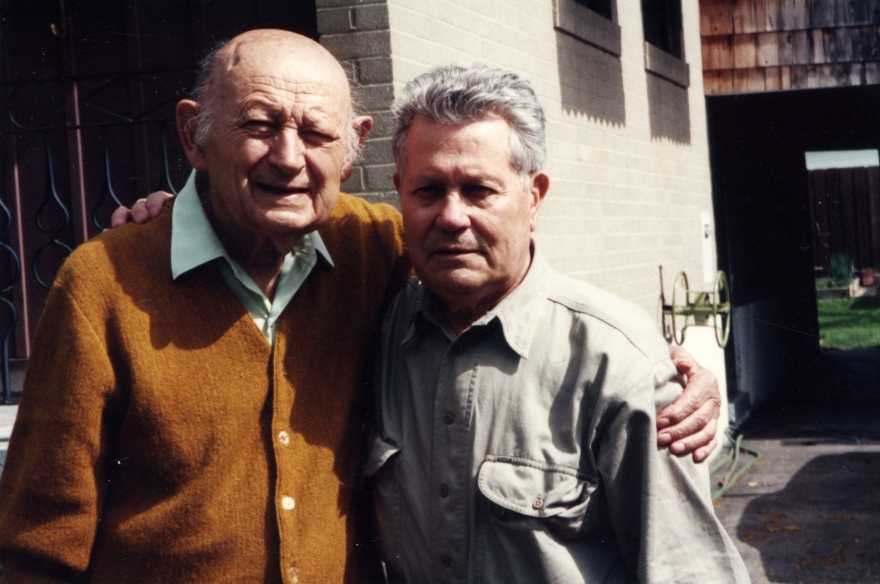 Federico Arcos (July 18, 1920-May 23, 2015), a lifelong anarchist, participated in the Spanish Revolution and Civil War in the 1930s, and later took part in the antifascist underground there. He immigrated to Canada in 1952, where he continued his commitment to anarchist goals. He eventually compiled an extensive archive of anarchist writings and other material. 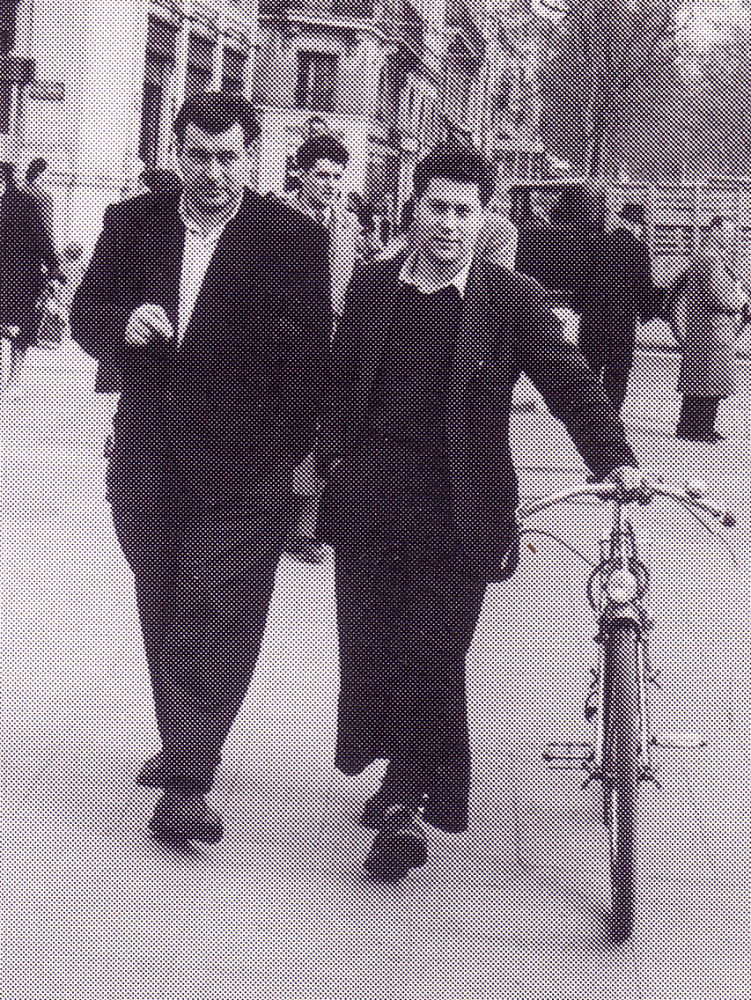 Fifth Estaters met Federico in the early 1970s. In time he became a beloved elder to people working on the paper, and in the larger Detroit/Windsor anarchist, radical, and labor communities. The 50th anniversary retrospective exhibit of the FE at Detroit’s Museum of Contemporary Art is dedicated to Federico. It runs from September 2015 to January 2016.

The following remembrance is presented with the understanding that each generation of rebels confronts the leviathan of oppression and exploitation in its own way, using the ideas and resources passed on to it by those who came before. Today’s anarchists and anti-authoritarians fight for a future free from hierarchy and exploitation, developing means and strategies as they go. For some, living memory of the struggle goes back to the Occupy movement, for others, Seattle in 1999. Those of us who became active in the 1960s and ’70s were personally acquainted with veterans of the revolts earlier in the century, from whom we drew deep inspiration and courage. Because the fight for freedom is still ongoing, awareness of the lives and legacies of yesterday’s fighters and battles remains relevant, in fact essential.

At this juncture it would probably be helpful to give a summary of the idea which won me over so completely at such a young age. Anarchism encompasses such a broad view of the world that it cannot easily be distilled into a formal definition. Mikhail Bakunin, a man of action whose writings and example over a century ago did most to transform anarchism from an abstract critique of political power into a theory of practical social action, defined its fundamental tenet thus: ‘In a word, we reject all privileged, licensed, official, and legal legislation and authority, even though it arise from universal suffrage, convinced that it could only turn to the benefit of a dominant and exploiting minority, and against the inte... (From: TheAnarchistLibrary.org.)

Tears have no frontiers; carry no passport; nor require a visa. Tears are international; as affection, tenderness, love. Tears have no fatherland; they are universal. Tears is the man; is the woman, —the mother—, is the child. To suffer is what is human and human is the people. To suffer is the flesh rendered from the people which raises a moan and sheds tears. And the people are here; and in the antipode, in the septentrion, in the capricorn. The people are everywhere, because to suffer is the people; people, of the peoples which cover the Earth. This. Earth that was taken from the people; that was taken from the man; the woman, —the mother&md... (From: TheAnarchistLibrary.org.)

In memory of Vincente Mari Tho’ the continents sink the Oceans dry up, or the rays of the Sun be extinguished, and the darkness permeates the Earth; Tho’ the poles compress and meet at the equator, or the Planet be pulverized, vanishing in the Ether. Tho’ the Universe lose its rhythm the Worlds shatter and everything disintegrates in the Infinite. Tho’ Eternity be today; today, a minute; the minute and instant, and the Instant Nothing. Tho’ everything be lost, that nothing remains Nothing and the Cosmic vacuum be without end or boundary; There always will be a flame perhaps minuscule, but visible, which will show us, as a perennial guide, the way... (From: TheAnarchistLibrary.org.)

You knew Yes, you knew it. You knew that death stalked you. You knew it with certainty. Your black brothers knew it and your white brothers knew it. We all knew that you were going to leave us, your life cut short, suddenly, violently, with that swift, cruel, inhuman impact that has abruptly ended so many lives. Today you leave us orphaned of your words, of your apostolic presence, and your prophetic vision. America is orphaned. What a grief! What a grief, America! What a grief! What a grief oh World! But all Mankind cannot lose your soul because you have blessed us with the best of your essence. Yes, human feelings could not survive without this inheritance you have bequeathed us. (Sou... (From: TheAnarchistLibrary.org.)

Letter to a Friend

Like the stars, the night Like the sun, the day The dawn, the morning The flower, the petal The bee, the nectar The beehive, the honey The lover, the beloved So one carries the Ideal In one’s thoughts You ask me if I can define anarchism. It’s very difficult for me to do concretely. Personally, I don’t consider myself good enough to call myself an anarchist because I have always believed that to be one it would be necessary to reach the extreme point of sacrifice and to devote oneself without reservation to doing good, without limit and without cease. I can say that I still find myself tied to those endless commodities that contemporary society has created, and even though I try to limit them as much... (From: TheAnarchistLibrary.org.)

“MAN” and his Judge

HE loved to feel great, triumphant and to convince himself of his majestic omnipotence. HE had a mirador built on the highest mountain with a pedestal on the center of which, as a symbol of his (triumph, stood a column which was crowned by a huge spherical glass dome. Conceited, proud, breathing deeply, satisfaction swelling HIS chest, MAN, contemplated the vast horizon all around him. Then, thinking, said to himself: “How small is all this when compared to my greatness! Here, from my throne I realize who I am. If this height is not enough, I will climb higher into the air, strolling, placid and sovereign, over my kingdom. “In the beginning I was inferior to other beings. I was at the mercy of animals much stronger... (From: TheAnarchistLibrary.org.)

News of the Spanish Revolution

Since 1939, young anarchists in Spain have paid the price for resisting Francoism. Raúl Carballeira, a prominent figure in the anarchist underground, was one who paid the ultimate price when surrounded by police on Montjuich mountain in Barcelona. Raúl Carballeira (February 28, 1918 — June 26, 1948) Bursts of shrapnel mowed down your young body. But you still had a gasp of breath, a gasp of breath and a bullet; and your mind, like a rapid steed, galloping in the air, on a hot June afternoon, exploded under your own impact. I cry out and I cry out with vehemence; I cry out with vehemence, oh brother; for never did they succeed in enchaining The Idea nor gagging The Word. The word... (From: TheAnarchistLibrary.org.)