The growth of the Escuela Moderna and the wide distribution of its booklets infuriated the clergy. But for years there was little they could do beyond denouncing the school and pouring vituperation on Ferrer's personal life.

From : "The Origin and Ideals of the Modern School," by Francisco Ferrer, chapter 4 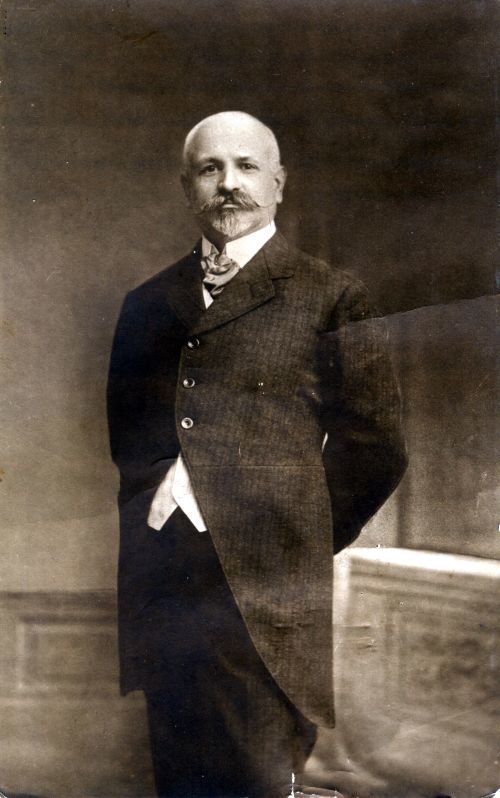 Francisco Ferrer can today be known as the modern heretic executed for heresy. His work The Origin and Ideals of the Modern School (Translated by Joseph McCabe) was a Freethought based and inspirational book. In it, he argued for the co-education of both boys and girls.

In chapter five, he states, "THE most important point in our program of rational education, in view of the intellectual condition of the country, and the feature which was most likely to shock current prejudices and habits, was the co-education of boys and girls." He also stated that the poor and rich must share the same public schools. In chapter six, he states, "THERE must be a co-education of the different social classes as well as of the two sexes. I might have founded a school giving lessons gratuitously; but a school for poor children only would not be a rational school, since, if they were not taught submission and credulity as in the old type of school, they would have been strongly disposed to rebel, and would instinctively cherish sentiments of hatred."

During the time of Ferrer, the literacy rate was dwindling around 50% in Spain, and all the schools at the time were church-regulated. The education learned by students in those schools was then faulted, as it enbraced all the bigoted hates and dogmatic concepts that the church promoted. When Ferrer was teaching Spanish in Paris, one of his wealthy pupils gave him a million gold francs to start nonreligious scohols in Spain. Catholicism at that time, and absolutely still, is the enemy of the woman. It began when the words of Susan B. Anthony and Elizabeth Cady Stanton were oppressed by Christians. To quote chapter five of Ferrer's book, "A venerable institution which dominates the thoughts of our people declares, at one of the most solemn moments of life, when, with ceremonious pomp, man and woman are united in matrimony, that woman is the companion of man. These are hollow words, void of sense, without vital and rational significance in life, since what we witness in the Christian Church, in Catholicism particularly, is the exact opposite of this idea. Not long ago a Christian woman of fine feeling and great sincerity complained bitterly of the moral debasement which is put upon her sex in the bosom of the Church: 'It would be impious audacity for a woman to aspire in the Church even to the position of the lowest sacristan.'" Robert Green Ingersoll has said of equality of sexes, "The parasite of woman is the priest." (In the Introduction of Hellen Gardner's "Men, Women, and Gods").

In 1902, the first Modern School of Ferrer's was opened. He admitted both males and females, both rich and poor. The school books had religion removed from them and he taught a fully secular education. Shortly afterwards, forty schools were operating in Barcelona and his textbooks were adopted by eighty other schools. Ferrer regarded religion as "ancient error" and he led the people to a higher ground of education. He taught them about their natural world, about equality, about life and love. The knowledge that filled the minds of children gave them awe and inspiration. These children, shuffled out of Catholic schools because they may have been the wrong gender or social class, now could learn incredible things and further themselves. They became content and were capable of advancement. The Roman Catholic Church held detestment for Ferrer and it is no question as to why. The church has a history for the hatred of learning, and there have been centuries where reading and writing was limited only to the clergy (as it says, you must accept that the Bible is true on the priest's words). In 1906, an anarchist threw a bomb at the king and Ferrer was held responsible and his schools were closed down. On his prison wall, Ferrer wrote,

"When their god and his exploiters cease to be adored and served, we shall live like comrades in mutual respect and affection."

Shortly after his incidence with the police and the courts, Ferrer started his schools back up and created the International League of Rational Education. What would ensue, however, was an uprising. After Spain had lost its Imperialistic possessions of Puerto Rico, Cuba, and the Philippines, it took over Morocco (a North Western African region in the Sahara desert).

On July 11th, 1909, the Spanish government began drafting soldiers from its general population to help keep control of Morocco and suffice its greedy Imperialistic desires. Thousands of men and women went to the docks and rail depots to go to the war. However, the Spanish government's plans were interrupted. Women began blocking the railways and the Committee for a General Strike, led by Jose Remero and Miguel Moreno called thousands of workers to strike in the Barcelona factories. Protesters and rioters started becoming violent with their needs. In this end, the Pacifists, the Socialists, and the Atheists had revolted against a tyrranical government supported by the Roman Catholic Church. What followed was referred to as "The Tragic Week."

During this time, men and women fought against oppression. In doing so, they burned down eighty churches, blew up railroads, and attacked barracks. The workers put up barricades that prevented soldiers from entering the city. To worsen matters, many of the soldiers in the Spanish army became mutinous and refused to fire upon the open crowds. One clergyman declared, "The partisans of the godless schools must be suppressed if peace is to be reestablished and Spain returned to God." Artillery and Spanish reinforcements eventually took over the city of Barcelona, killing over six hundred workers.

During the Tragic Week, Ferrer was nowhere near Barcelona. However, he was charged as being the leader of the insurrection. The court and its orders were an atrocity. When Ferrer wished to call defense witnesses to testify, the court denied them right to speak. The others who were involved in the riots were acquitted because they testified against Ferrer. The court easily found him guilty and he was sentenced to death.

"Let no more gods or exploiters be served. Let us learn rather to love each other."

Shortly afterwards, he was taken to the trenches of the Montjuich Fortress and shot by a firing squad. Pope Pius X sent a gold-handled sword engraved with his felicitations to the military prosecuter who had obtained Ferrer's death. This great man, Ferrer, had caused revolution in the minds of children, opening up their thoughts to all that the Universe had to offer them. He refused to fill their thoughts with the vile contents of Christianity, a god so profane that he asks for the execution of heretics and then promises their eternal suffering. He stood bold and firm in his convictions to the last shots that had ended his life. Ferrer will foreign reign in the hearts of Freethinkers and Humanitarians.

Against Bull-Fighting and Human Exploita...

Dear Sir In reply to the circular published in this city’s press, the Modern School is pleased to associate itself with the rally scheduled for Sunday next in opposition to bull-fighting. However, allow me, on behalf of the body which I represent, to point out that such association is merely a gesture of support for opposition to that barbaric practice and is devoid of any patriotic or regionalist implications. The point here is not to pit Catalonia against Castile, because in breathing new life into the differences that have artificially been created between regions and nations, to the cost of these societies and to the sole advantage of the ruling classes, the Commission would be departing from the purpose for which it was appoin... (From: TheAnarchistLibrary.org.)

Origins and Ideals of the Modern School,...

The most important point in our program of rational education, in the view of the intellectual condition of the country, and the feature which was most likely to shock current prejudices and habits, was the co-education of boys and girls. The idea was not absolutely new in Spain. As a result of necessity and of primitive conditions, there were villages in remote valleys and on the mountains where some good natured neighbor, or the priest or sacristan, used to teach the catechism, and sometimes elementary letters, to boys and girls in common. In fact, it is sometimes legally authorized, or at least tolerated, the means to pay both a master and a mistress. In such cases, either a master or a mistress gives common lessons to boys and girls, a... (From: Anarchy Archives.)
official
traditional
free
dr vargas
dogmatic
injustice
violence
social position
instruction
rising generation

From : "The Origin and Ideals of the Modern School," by Francisco Ferrer, chapter 4

From : "The Origin and Ideals of the Modern School," by Francisco Ferrer, chapter 10

From : "The Origin and Ideals of the Modern School," by Francisco Ferrer, chapter 11