...sought to raise awareness of the revolution in Spain and of what was being achieved by the Spanish working class against great odds. He was a firm believer in the working class's ability to reorganize society along fundamentally democratic and egalitarian lines. 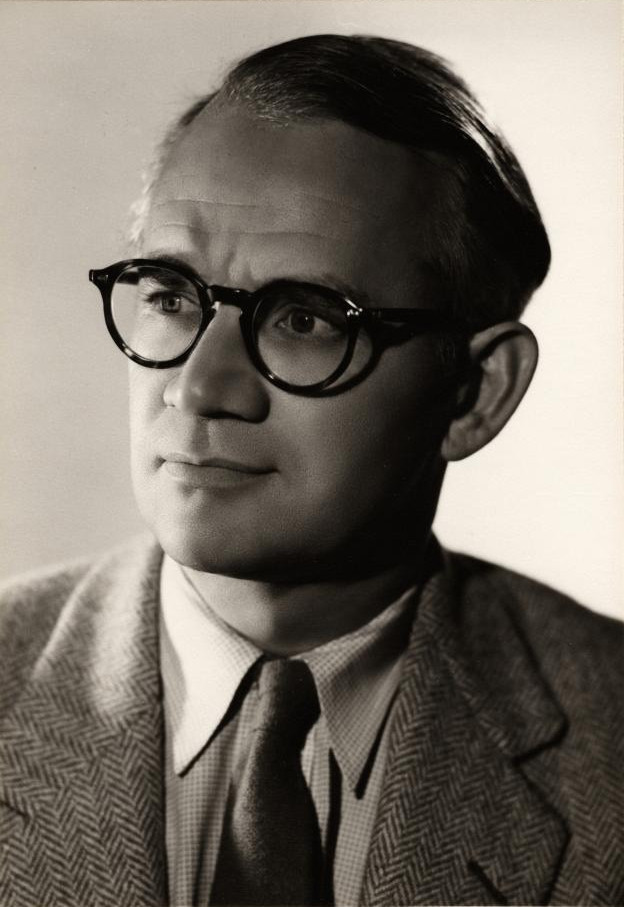 George Woodcock, author of two well known and widely available books on anarchism - Anarchism and The Anarchist Reader - has died, aged 82. Born in Winnipeg, Canada on May 8th, 1912 his life spanned some of the highest and lowest moments of the movement he came to chronicle. He first became active in Anarchist politics in the 1930s when his family returned to England from Canada to escape poverty. For a long period he was editor of the anti-war paper, War Commentary and the anarchist newspaper, Freedom.

His political involvement in the years leading up the Second World War coincided with the great achievements of the Spanish anarchist movement in 1936-37. Woodcock, like most of his contemporaries - George Orwell and Herbert Read among others - sought to raise awareness of the revolution in Spain and of what was being achieved by the Spanish working class against great odds. He was a firm believer in the working class's ability to reorganize society along fundamentally democratic and egalitarian lines. The defeat of the Spanish anarchist movement came, accordingly, as a bitter blow.

Even so, Woodcock's own support for anarchism and the anarchist idea continued. While his contribution to other areas grew on his return to Canada, most notably creative writing, he remained, nonetheless, committed to encouraging a better understanding of what anarchism stood for and its continuing relevance to movements for social change. For a long period his two best known books were the only comprehensive guides widely available about anarchism in the English language, and for this reason alone he will be remembered.

Anarchism, which was first published in 1962, has been criticized, rightly, for it's emphasis on anarchism as a movement of the past. Reflecting on the period in which he had lived, Woodcock saw the passing of anarchism as a mass working class force as an irreversible feature of modern political life. His later contributions impressed anarchism's relevance on areas such as ecology and feminism.

The Anarchist Reader, in contrast, is a book which will stand the test of time. Emphasizing the theory and practice of anarchism, it draws on an array of people associated with anarchism over the years, giving a comprehensive and accessible introduction to the breadth and relevance of anarchist ideas. Noting the revival of interest in anarchism since the 1960s, Woodcock wrote in his introduction "Anarchism, in summary, is a phenix in an awakening desert, an idea that has revived for the only reason ideas revive - that they respond to some need felt deeply by people". George Woodcock died on January 28th, 1995 aged eighty two.

On January 12th, 1848, the people of Palermo came out into the streets in rebellion against the despotic rule of Ferdinand of Naples, later to become notorious as "King Bomba" for his brutal bombardment of the rebel city of Messina. This rising was the prelude to a whole series of revolutions, involving not merely Italy, but also France, Germany, Austria, Hungary, Bohemia, Transylvania, and all the small Slav peoples who were then the "inferior" races of the vast Austrian Empire. Even in England and Ireland, under the stimulus of continental examples, there were extensive riots and abortive revolutionary movements. The events of 1848 represent in reality at least two different movements. In France, ever since the deposition of the legitima...

ANARCHISM, a social philosophy that rejects authoritarian government and maintains that voluntary institutions are best suited to express man’s natural social tendencies. Historically the word “anarchist,” which derives from the Greek an archos, meaning “no government,” appears first to have been used pejoratively to indicate one who denies all law and wishes to promote chaos. It was used in this sense against the Levelers during the English Civil War and during the French Revolution by most parties in criticizing those who stood to the left of them along the political spectrum. The first use of the word as an approbatory description of a positive philosophy appears to have been by Pierre Joseph Proudhon when, ... (From: TheAnarchistLibrary.org.)

Libertarians and the Cold War, The

I believe that there is always need for a perpetual re-consideration of the validity of every aspect of our viewpoints. In left-wing circles, and particularly among Marxists, the word “revisionism” has often a pejorative sound; I believe that the attitude which this displays merely shows a resistance to growth among the people who hold it. And I am definitely out of sympathy with the romanticism of those last-ditchers who hold their positions out of an illusion of loyalty and a horror of self-contradiction. Every man whose ideas are living and growing must contradict himself many times during his life, and I am with Whitman and Proudhon in finding no reason for shame in this. But I do see reason for shame in holding on to a posi... (From: TheAnarchistLibrary.org.)

Marie Louise Berneri Memorial Committee In Memory of M.L.B. (poem) 1. Introduction 2. Letters (1936–1937) From a French Comrade. S. Parane, Paris From a letter to her companion. Paris, 19th March, 1936 (in French) To her companion. Paris, 4th October, 1936 (in Italian) A letter from her father After her Father’s Death 3. Her Contribution to Freedom Press Freedom Press Group From a Spanish Refugee. Manuel Salgado, London A Visit to Glasgow (1945, letter to her companion in prison) A Tribute from George Woodcock (writing from Vancouver) 4. Press Tributes From an American Jewish Paper, Freie Arbeiter Stimme (New York), 8 July, 1949 From a Mexican Paper, Solid (From: TheAnarchistLibrary.org.)

I was asked to write on decentralism in history, and I find myself looking into shadows where small lights shine as fireflies do, endure a little, vanish, and then reappear like Auden’s messages of the just. The history of decentralism has to be written largely in negative, in winters and twilights as well as springs and dawns, for it is a history which, like that of libertarian beliefs in general, is not observed in progressive terms. It is not the history of a movement, an evolution. It is the history of something that, like grass, has been with us from the human beginning, something that may go to earth, like bulbs in winter, and yet be there always, in the dark soil of human society, to break forth in unexpected places and at undi... (From: TheAnarchistLibrary.org.)

Tyranny of the Clock, The

First published in War Commentary - For Anarchism mid-march 1944. In no characteristic is existing society in the West so sharply distinguished from the earlier societies, whether of Europe or the East, than in its conception of time. To the ancient Chinese or Greek, to the Arab herdsman or Mexican peon of today, time is represented in the cyclic processes of nature, the alternation of day and night, the passage from season to season. The nomads and farmers measured and still measure their day from sunrise to sunset, and their year in terms of the seedtime and harvest, of the falling leaf and the ice thawing on the lakes and rivers. The farmer worked according to the elements, the craftsman for so long as he felt it necessary to perfect hi... (From: Spunk.org.)
experts
measuring
history
sundial
measured
movements
mumford
approximate
order
mathematical

Syndicalism is a method of industrial organization which goes away from all the traditional conceptions of authority and government, of capitalism and the state. While communism in abolishing individual capitalism, creates a worse monster in its place in the form of the economic state, syndicalism leaves all the patterns of administration which have in the past resulted only in the oppression and exploitation of man by man, and sets out to build an organizational form based on the natural needs of man rather than on the interests of ruling classes, based not on the dictates of authority, but on the voluntary cooperation of free and equal individuals in satisfying the economic needs of the men who form society. Syndicalism is the industrial... (From: TheAnarchistLibrary.org.)