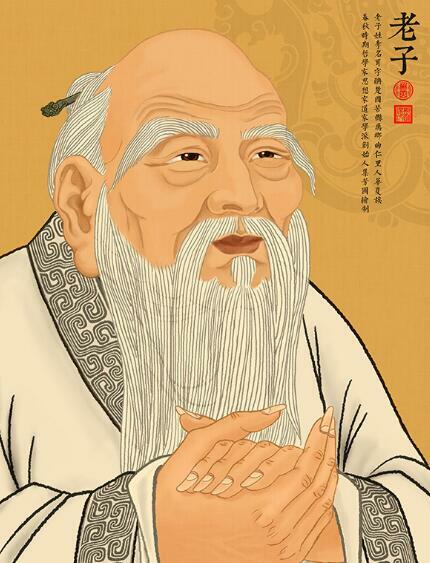 Lao Tzu also rendered as Laozi (Chinese: 老子, commonly translated as "Old Master") was an ancient Chinese philosopher and writer. He is the reputed author of the Tao Te Ching, the founder of philosophical Taoism, and a deity in religious Taoism and traditional Chinese religions.

A semi-legendary figure, Lao Tzu is usually portrayed as a 6th-century BC contemporary of Confucius in the Spring and Autumn period. However, some modern historians consider him to have lived during the Warring States period of the 4th century BC. A central figure in Chinese culture, Laozi is claimed by both the emperors of the Tang dynasty and modern people of the Li surname as a founder of their lineage. Laozi's work has been embraced by both various anti-authoritarian movements and Chinese Legalism. 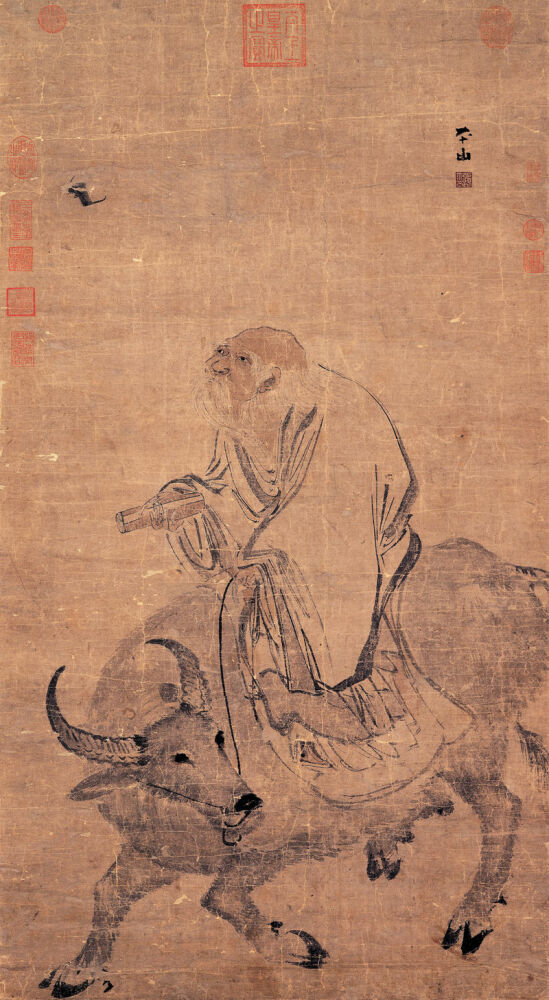 Lao Tzu itself is a Chinese honorific title: 老 (Old *rˤuʔ, "old, venerable") and 子 (Old *tsəʔ, "master"). In traditional accounts, Laozi's actual personal name is usually given as Li Er (李耳, Old *rəʔ nəʔ, Mod. Lǐ Ěr) and his courtesy name as Boyang (trad. 伯陽, simp. 伯阳, Old *Pˤrak-lang, Mod. Bóyáng). A prominent posthumous name was Li Dan (李聃, Lǐ Dān). Sima Qian in his biography mentions his name as Lǐ Ěr, and his literary name as Lǐ Dān, which became the deferential Lǎo Dān (老聃, Lǎo Dān). The name Lǎo Dān also appears interchangeably with Lǎo Zi in early Daoist texts such as the Zhuangzi, and may also be the name by which Lao Tzu was addressed by Confucius when they possibly met. According to the Companion Encyclopedia of Asian Philosophy, "the 'founder' of philosophical Daoism is the quasi-legendary Laodan, more commonly known as Laozi (Old Master)".

The honorific title Lao Tzu has been romanized numerous ways, sometimes leading to confusion. The most common present form is still Lao Tzu, which is based on the formerly prevalent Wade–Giles system. In the 19th century, the title was usually romanized as Lao-tse. Other forms include the variants Lao-tze, Lao-tsu and Laozi/Lao Zi.

As a religious figure, he is worshiped under the name "Supreme Old Lord" (太上老君, Tàishàng Lǎojūn) and as one of the "Three Pure Ones". During the Tang dynasty, he was granted the title "Supremely Mysterious and Primordial Emperor" (太上玄元皇帝, Tàishàng Xuānyuán Huángdì).

Laozi is traditionally regarded as the author of the Tao Te Ching (Daodejing), though the identity of its author(s) or compiler(s) has been debated throughout history. It is one of the most significant treatises in Chinese cosmogony. As with most other ancient Chinese philosophers, Laozi often explains his ideas by way of paradox, analogy, appropriation of ancient sayings, repetition, symmetry, rhyme, and rhythm. In fact, the whole book can be read as an analogy – the ruler is the awareness, or self, in meditation and the myriad creatures or empire is the experience of the body, senses and desires. 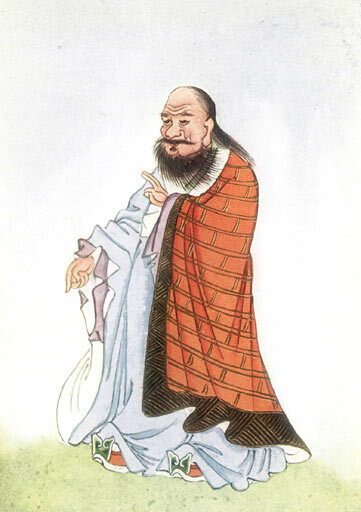 The Tao Te Ching, often called simply Laozi after its reputed author, describes the Dao (or Tao) as the source and ideal of all existence: it is unseen, but not transcendent, immensely powerful yet supremely humble, being the root of all things. People have desires and free will (and thus are able to alter their own nature). Many act "unnaturally", upsetting the natural balance of the Tao. The Tao Te Ching intends to lead students to a "return" to their natural state, in harmony with Tao. Language and conventional wisdom are critically assessed. Taoism views them as inherently biased and artificial, widely using paradoxes to sharpen the point.

Livia Kohn provides an example of how Laozi encouraged a change in approach, or return to "nature", rather than action. Technology may bring about a false sense of progress. The answer provided by Laozi is not the rejection of technology, but instead seeking the calm state of wu wei, free from desires. This relates to many statements by Laozi encouraging rulers to keep their people in "ignorance", or "simple-minded". Some scholars insist this explanation ignores the religious context, and others question it as an apologetic of the philosophical coherence of the text. It would not be unusual political advice if Laozi literally intended to tell rulers to keep their people ignorant. However, some terms in the text, such as "valley spirit" (gushen) and "soul" (po), bear a metaphysical context and cannot be easily reconciled with a purely ethical reading of the work.

Wu wei (無為), literally "non-action" or "not acting", is a central concept of the Tao Te Ching. The concept of wu wei is multifaceted, and reflected in the words' multiple meanings, even in English translation; it can mean "not doing anything", "not forcing", "not acting" in the theatrical sense, "creating nothingness", "acting spontaneously", and "flowing with the moment".

It is a concept used to explain ziran (自然), or harmony with the Tao. It includes the concepts that value distinctions are ideological and seeing ambition of all sorts as originating from the same source. Laozi used the term broadly with simplicity and humility as key virtues, often in contrast to selfish action. On a political level, it means avoiding such circumstances as war, harsh laws and heavy taxes. Some Taoists see a connection between wu wei and esoteric practices, such as zuowang "sitting in oblivion" (emptying the mind of bodily awareness and thought) found in the Zhuangzi.

Look at it: nothing to see. Call it colorless. Listen to it: nothing to hear. Call it soundless. Reach for it: nothing to hold. Call it intangible. Triply undifferentiated, it merges into oneness, not bright above, not dark below. Never, oh! never can it be named. It reverts, it returns to unbeing. Call it the form of the unformed, the image of no image. Call it unthinkable thought. Face it: no face. Follow it: no end. Holding fast to the old Way, we can live in the present. Mindful of the ancient beginnings, we hold the thread of the Tao. (From: TheAnarchistLibrary.org.)