In addition to defending the rights of African-Americans, Lucy spoke out against the repressed status of women in nineteenth century America. Wanting to challenge the notion that women could not be revolutionary, she took a very active, and often militant, role in the labor movement... 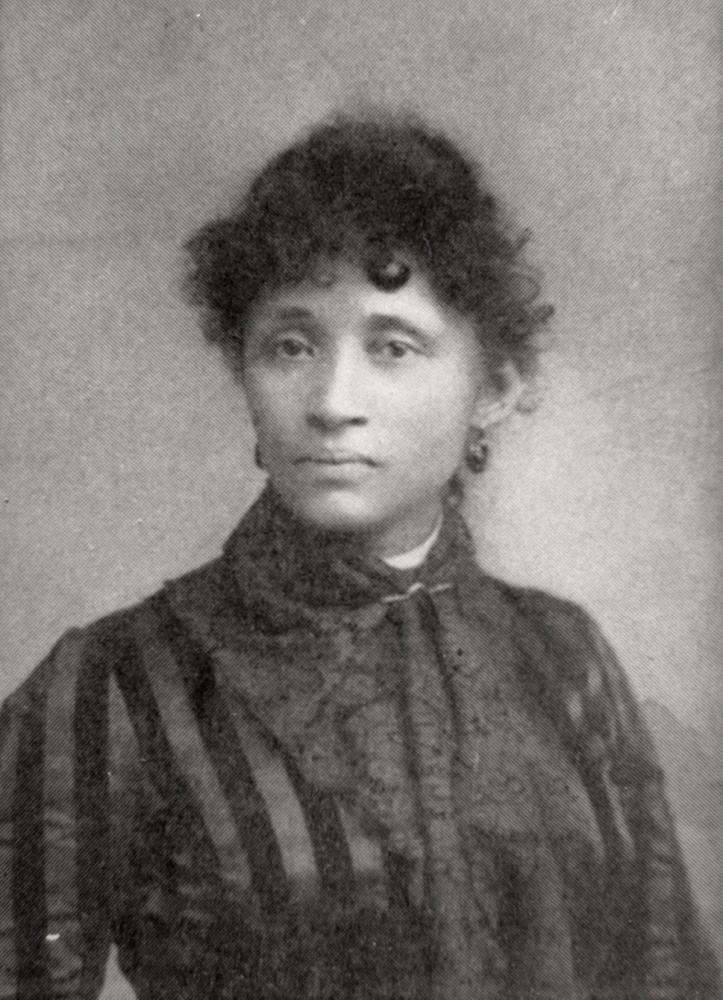 Challenging the blatant sexism of her time, Lucy Parsons, the wife of Haymarket martyr Albert Parsons, was one of the most influential women involved in the American anarchist and labor movements. Born in Texas in approximately 1853, her childhood remains mysterious - she may have been born a slave in Texas though she claimed that she had Mexican and Native American origins and often called herself Lucy Gonzales. In the early 1870s she met and married Albert Parsons, and the couple was consequently forced to relocate from Texas to Chicago in 1873 due to their anti-segregation activism and restrictions on interracial marriage in Texas. Once in Chicago, the Parsons became deeply engrossed in the labor and anarchist movements. When Albert became involved in the enormous railroad strike of 1877 and was subsequently fired from his job at The Chicago Times and blacklisted, Lucy opened a dress shop and started working with the International Ladies' Garment Workers Union. In 1883, she and Albert helped begin the International Working Peoples' Association (IWPA), and she regularly wrote for its periodical, The Alarm as well as The Socialist (another radical journal).

Alongside the IWPA the Parsons were deeply involved infamous strike in support of eight-hour workdays at the McCormick Harvest Works on May 3, 1886. Violence ensued when the police fired upon the strikers, and the next day the workers peacefully protested the police action in Haymarket Square. However, an unknown person threw a bomb into the crowd and a riot began. After the incident, eight anarchists, including her husband, were arrested and convicted though no evidence was ever found that they were connected to bombing. An outraged Lucy fought tirelessly for the release of the prisoners - she traveled around the United States raising money and speaking about the injustice of the trial. Her efforts were in vain. Four of the eight, including Albert, were executed on November 11, 1887.

Albert's death did not dissuade Lucy from continuing her activism. Despite living in poverty, she bravely continued her struggle for the rights of workers, African-Americans and women. In first years of the 20th century, broiling labor unrest sparked the founding of the Industrial Workers of the World (IWW), and Lucy Parsons was an active participant. She believed the IWW's techniques involving direct action would inspire a strong working class movement, which she felt was the only way to revolution. In addition to other work with the IWW, Lucy became the editor of its journal, The Liberator . She also published her own paper, Freedom.

In 1925 she began working with the Communist Party, both because she supported its efforts to raise class consciousness among workers and because she felt anarchism was no longer strong enough to bring about revolution. She officially joined in 1939. During her time with the Party, she devoted most of her energy to the Coalition for International Labor Defense. She continued her activism until her death at age eighty-nine in a fire on March 7, 1942. Because she was seen as threat, the FBI confiscated all of her books and publications after the fire. The legacy of her fight for workers' rights, African-Americans, women and free speech remained important throughout the 20th century and is still influential today.

Throughout her life, Lucy Parson was a staunch supporter of workers, free speech, African-Americans, and women. Her firm defense of labor began gaining momentum when she and her husband, Albert Parsons (one of the Haymarket martyrs), moved from Texas to Chicago in 1873, and the pair became deeply involved in the labor movement there. She stood steadfastly behind workers and the poor, forcefully advocating the general strike as well as the rights to an eight-hour workday, higher pay and better working conditions among other things. In order to fulfill the workers' demands, Lucy believed that propaganda of the deed (direct action which sometimes included violence) was necessary. She felt that attempting reform within the political system was futile, and thus fought hard against those labor organizers who wished to support the Democrats in the 1890 elections. Her view of an ideal system was a syndicalist one - she wanted free workers' associations instead of the hierarchical class system. Acting on her conviction that a strong working class movement was the only way to revolution, Lucy helped found the Industrial Workers of the World in 1905. Furthermore, Lucy was prominent supporter of anarchism, especially after Albert was hung for holding those beliefs, but she became somewhat disillusioned in the 1920s and 30s when she began feeling that anarchism was not longer a potent revolutionary force. Because of this, she started working with the Communist Party (and eventually joined it in 1939), feeling that they still promoted class consciousness and revolution. In spite of the fact that her ideology changed somewhat over the years, Lucy remained constant her defense of the working class.

Although she had fought for freedom of speech throughout her life, after traveling to England in 1888 to speak in front of the Socialist League of England, Lucy became even more deeply interested in the issue. In comparing the United States to England, she felt that the United States, despite its constitutional commitment to that freedom, was actually far more repressive of it. She celebrated the 1889 court ruling that anarchists also have a right to freedom of speech, but she believed this was still not sufficient - she continued the struggle until her death.

Similarly, her work in support of the rights of African-Americans began early in her life. While living in Texas - still a segregated and highly racist state at the time - she spoke out against the blatant inequalities caused by segregation. She felt that the problems facing blacks in the United States were caused in large part by the fact that the majority of them were poor and that consequently as capitalism dwindled, racism would do the same. She also challenged the racist atmosphere by marrying Albert, a white man. Their anti-segregation work eventually forced them to leave Texas, but Lucy did not stop struggling for racial equality. Once in Chicago, she published many articles denouncing racism and racial violence including her famous piece, "The Negro: Let Him Leave Politics to the Politician and Prayer to the Preacher." Her journal, Freedom , published in 1892, spoke out vehemently against the unequal and violent treatment of African-Americans.

In addition to defending the rights of African-Americans, Lucy spoke out against the repressed status of women in nineteenth century America. Wanting to challenge the notion that women could not be revolutionary, she took a very active, and often militant, role in the labor movement while passionately protesting the idea that a woman's only proper role was that of a homemaker. She was also a strong proponent of birth control and a woman's right to divorce and remarriage - unlike many anarchists she felt marriage and family were not wrong and oppressive. She believed that the struggle for the rights of African-Americans and women were crucial to the labor movement and the broader fight against the oppression of capitalism.

From : "To Tramps, The Unemployed, the Disinherited, and Miserable," Lucy E. Parsons, Alarm, October 4, 1884