Sacco and Vanzetti feared the draft during World War I and in objection fled to Mexico with Sacco's family. When the war ended both returned to their homes. After they returned the two became more active in the anarchist community. 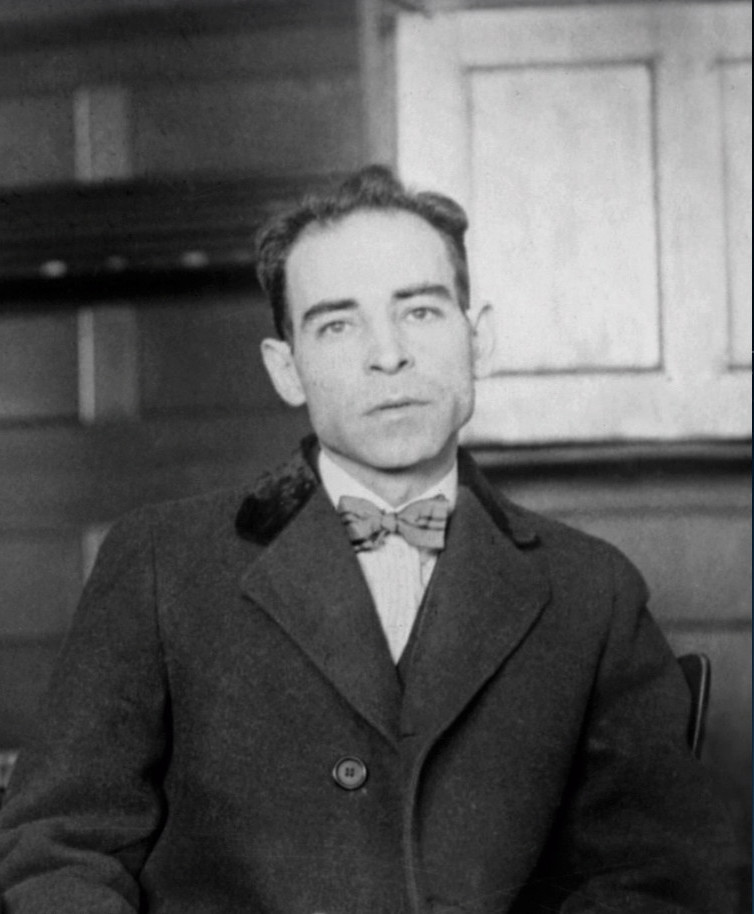 Nicola Sacco was born in the Southern Itaian small town of Torremaggiore on April 22, 1891. He emigrated to the United States in 1908. Upon arrival he learned the trade of shoe-edge trimming and got a job working at a shoe-company in Milford, MA. He soon married and fathered a son.

Bartolomeo Vanzetti was born on June 11, 1888. The Vanzetti family lived in Northern Italy in the town of Villafalletto. Vanzetti also emigrated to the United States in 1908. He worked as a kitchen helper in NewYork, and after losing his job drifted to Boston where he worked odd jobs and met Sacco.

Sacco and Vanzetti feared the draft during World War I and in objection fled to Mexico with Sacco's family. When the war ended both returned to their homes. After they returned the two became more active in the anarchist community. Vanzetti began reading about industrial society and revolt and both began distributing anarchist and revolutionary literature.

In 1920, the two were charged with robbery of a shoe factory and murder of the paymaster and payroll guard in South Braintree, MA. They were found returning to a vehicle spotted near the scene of the crime; both were armed but claimed that they intended to use the car to distribute anarchist literature. Vanzetti who had already been convicted of a crime was arrested without question.

Their trial lasted six weeks at the end of which, both parties were found guilty. Initially, their trial received little publicity until the Sacco-Vanzetti Defense Committee caused a stir by insinuating that the case was not a legal battle, but an ideological struggle between the jury and Sacco and Vanzetti, who had quite different political views. Ultimately however these claims fell on deaf ears when the Supreme Court of Massachusetts ruled against Sacco and Vanzetti on April 9th 1927. Sacco and Vanzetti's execution date fell on August 23, 1927. While tens of thousands of people protested outside the doors of Boston's old Charlestown prison, Sacco and Vanzetti were executed by electric chair.

Selected Letters of Nicola Sacco from the Dedham Jail November 30, 1921. Dedham Jail DEAR BARTOLO: Saturday the 26th my Rosie and the children came to visit me, and this was the first time I seen the children since the time you left Dedham. You can imagine how happy I felt to see them so joyful and so gay and in the best of health, if only you could see little Ines. She got so fat, she is really a dolly, Dante also looks very good. He writes to me every week. Rosa also looks very good after the operation she is gaining daily. I feel very good and I don't do nothing but exercise, read and write. I am very sorry that no one comes and see you, no one comes to see me neither, but Rosie . . . [Rosie and Rosa refer to Sacco’s ... (From: umkc.edu.)
electric chair
groups
codman
supporter
radical
strike
english
friends and comrades
evidence
companion

Selected Letters of Nicola Sacco from the Charlestown State Prison July 19, 1927 MY DEAR INES**: I would like that you should understand what I am going to say to you, and I wish I could write you so plain, for I long so much to have you hear all the heart-beat, eagemess of your father, for I love you so much as you are the dearest little beloved one. It is quite hard indeed to make you understand in your young age, but I am going to try from the bottom of my heart to make you understand how dear you are to your father's soul. If I cannot succeed in doing that, I know that you will save this letter and read it over in future years to come and you will see and feel the same heart-beat affection as your father feels in writing it to ... (From: umkc.edu.)
factory
farm
liberty
shame
massachusetts
revolution
murder
beloved
embrace
conquest