America and the Soviets

: He was a well-known anarchist leader in the United States and life-long friend of Emma Goldman, a young Russian immigrant whom he met on her first day in New York City. The two became lovers and moved in together, remaining close friends for the rest of Berkman's life. (From: Anarchy Archives.)
• "...partizanship of whatever camp is not an objective judge." (From: "The Russian Tragedy," by Alexander Berkman, The R....)
• "It must always be remembered - and remembered well - that revolution does not mean destruction only. It means destruction plus construction, with the greatest emphasis on the plus." (From: "The Russian Tragedy," by Alexander Berkman, The R....)
• "The state has no soul, no principles. It has but one aim -- to secure power and hold it, at any cost." (From: "The Kronstadt Rebellion," by Alexander Berkman, 1....)

America and the Soviets 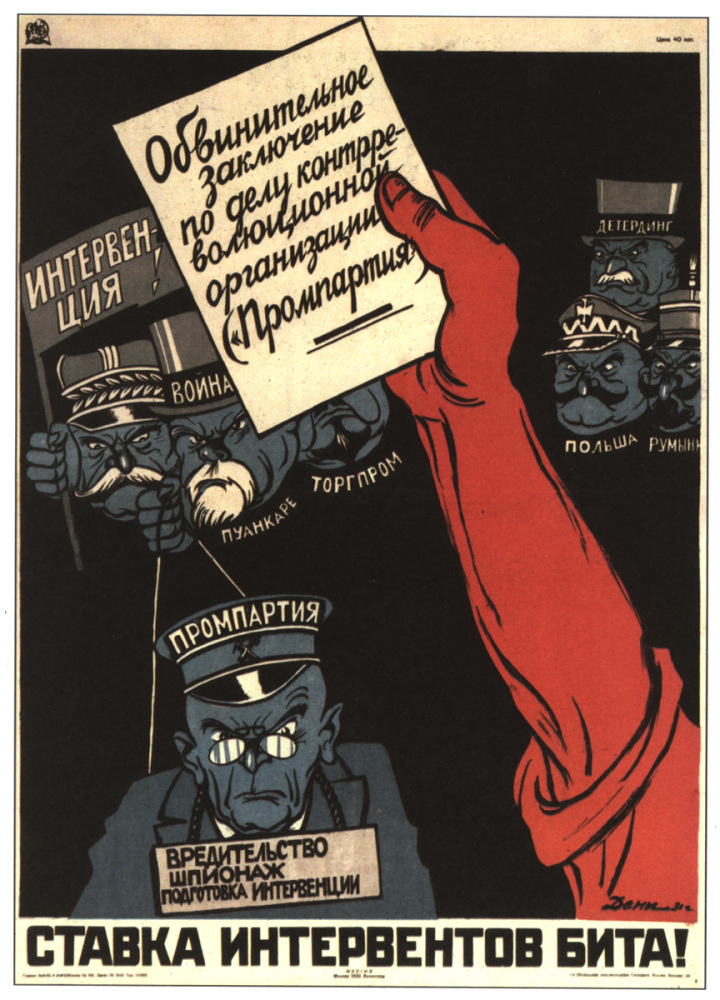 A great deal is being written now in the Soviet Press about the new American law against convict or forced labor. The United States has recently passed a statute according to which no goods can enter the country that are the product of unfree, forced or convict labor. The new law went into effect in January and there is much discussion in Russia, as well as in the United States, as to what effect the new legislation will [have] on Russian industrial conditions and on its foreign trade.

The unusual feature of the law is that the burden of proof is laid upon the accused. That is, if Russia attempts to bring its manufactured goods into the United States, it will [be] up to the Soviets to prove that the goods are not the product of forced or convict labor. Thus, for instance, the United States needs only to charge the Russian importer with bringing in products of forced labor, and then the importer is at once placed under the greatest handicap. Practically it may be equal to debarring the Soviet imports, by burdening the importer with unusual and extraordinary difficulties, for it is almost impossible for Russia to prove that its products are made by "free" labor.

Indeed, how can it be proven that a certain product is the result of free labor? This distinction between so-called "free" labor and "unfree or forced" labor opens the door for endless quibbling and hairsplitting. The interpretation of such a law will depend entirely on the attitude of a given judge or court. One unfriendly to the Soviets would naturally decide against the Russian importer on the mere basis that the Bolshevik Government is an absolute dictatorship, without freedom of action or movement,

and that for that very reason labor in Russia cannot be considered free. Such an attitude on the part of the American courts would not be surprising in view of the prevailing American opinion about Russia and also because of certain known facts concerning the Russian workers.

On the other hand, such an interpretation of the law should apply with equal effect to other countries that import goods to the United States. The unprejudiced American citizen may argue that if political dictatorship in Russia involves unfree or forced labor, the same should apply also to importers from other countries that are ruled by dictatorships. In fact, there are today quite a number of land[s] in Europe whose political form is a dictatorship in this or that form, some of them as absolute as the dictatorship of the Communist Party in Russia. Italy, Poland, Rumania -- to mention but a few countries -- all belong to the same class of political autocracy, however their forms vary.

Further more, most European countries import to the United States products of their colonies. In certain of those colonies labor is not only "unfree", but directly and positively forced, in some places even actual slavery, peonage, and other forms of forced toil. It will be seen therefore that such a law involves the greatest complications. Even with the most judicious and liberal application of such a law there must result contradictory decisions, constant friction and a wide-spread disorganization of the entire world market.

Under such conditions the question would inevitably [sic] come up sooner or later as to a final and conclusive decision as to what constitutes "free" and what "unfree, forced" labor. That would indeed be a most interesting problem, but at the same time a veritable Gordian knot. Such a decision could in the last instance be decided only by the Supreme Court of the United States, which is the highest tribunal in that country, charged with interpreting the meaning

of laws. On that bench, which consists of 9 persons appointed for life, there often happens to be one or two members, like the late Justice Holmes and now Brandeis, who look at things radically. And so it may happen that a Brandeis may analyze the question of "free" labor and inquire what labor can really be free under existing conditions. For if the proposed new law bars products of unfree, forced labor from other countries, a Brandeis may want to examine if the workers in Europe are so situated that their condition does not force them to labor, as many hours as they are compelled and for such pay as is given them.

It can be seen therefore what ramifications the law under discussion will affect if it becomes a statute and is to be enforced. Just now the bill is before the United States Congress. It is debatable whether that body will take the step that necessarily must very seriously aggravate the great crisis on hand in the United States. For the economic situation there is at present the worst that America has seen in a century, with over seven millions out of employment. Russia is doing now 150 millions worth of business (in dollars) with the United States, and the amount is growing with each year, and that is a considerable item for a country whose warehouses are bursting with mountains of products that it cannot sell at home. Russia is now one of the best customers for America and the latter country will hardly risk losing that customer by passing a law that would alienate from it Russian business.

The Soviet Government, on the other hand, can also not ignore the danger that threatens it from such a law. To lose its export trade to the United States would be a tremendous blow. Furthermore, other countries, as England, for instance, might follow the example of the United States, and then the barring of the world markets to Russia would bring the worst crisis to her. Russia must look to the matter of forced labor, for that implies work

performed by people whose freedom of movement and of choice of employment is restricted by an outer force. It may take the form of prison labor, of toil in concentration camps and lumber clearings, and mass servitude at assigned tasks. In short, it covers all cases where the workers are deprived of liberty, are compelled into a certain environment and deprived of the right or opportunity to alter the conditions under which they labor.

It cannot be denied that to a great extent the workers of Russia are just in that situation. Theoretically, of course, the workers in Russia are their "own bosses", their own employers; they are the "proletarian dictatorship" and they might say, "L'état c'est moi!" But unfortunately the reality is quite different. In the establishments that are owned privately in Russia, the workers are, generally speaking, in the same situation as any other workers holding a job with some employer; except that the pay of the Russian worker is much less and his standard of living lower. But the great majority of industries and other factories belong to the State, and there the worker is forbidden by law even to strike. Nor can he leave his job if the conditions do not suit him. Under the 5-year plan migrations of workers have been entirely stopped, and a worker is forbidden to change from one industry to another. He cannot give up his job at will, for in the majority of cases the workers have to sign contracts by which they are pledged to remain at their present jobs until the 5-year plan is completed. Compelled to stay on his present job, the Russian worker is practically a bondsman, without any recourse to striking and without a chance to appeal to his union for redress of grievances, since the union is under the direct control of the Party and the Government.

This situation considered, the proposed American law would indeed be a great blow to Russia. A law debarring products of forced labor could be so interpreted and applied as to exclude from the United States not only the manufactures of Russia but also its products of agriculture. All Marxian theory and Bolshevik arguments notwithstanding, it would be altogether impossible for Soviet Russia to prove to the satisfaction of the world that her labor is "free".

February, 1931
America and the Soviets — Publication.

Image Gallery of America and the Soviets