Great October in the Ukraine

: Nestor Makhno was the leader of a libertarian peasant and worker army and insurrection in the Ukraine which successfully fought Ukrainian nationalists, the Whites, the Bolsheviks and the bourgeoisie and put anarchism into practice in the years following the Russian Revolution. (From: Intro to Struggle Against the State.)
• "...any State, whether bourgeois or proletarian, tends, by its very nature, simply to exploit and oppress man, to destroy in each and every one of us all the natural qualities of the human spirit that strive for equality and for the solidarity that underpins it." (From: "Paths of 'Proletarian' Power," Probuzdeniye, No. ....)
• "I take revolutionary discipline to mean the self-discipline of the individual, set in the context of a strictly-prescribed collective activity equally incumbent upon all." (From: "On Revolutionary Discipline," Dyelo Truda, No. 7-....)
• "The first of May is the symbol of a new era in the life and struggle of the toilers, an era that each year offers the toilers fresh, increasingly tough and decisive battles against the bourgeoisie, for the freedom and independence wrested from them, for their social ideal." (From: "The First of May," by Nestor Makhno, First Publis....)

Great October in the Ukraine 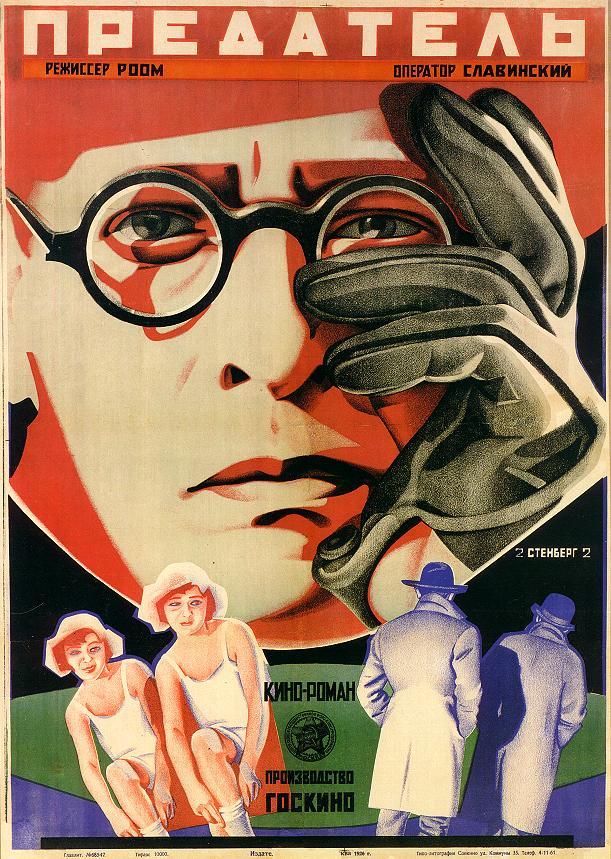 The month of October 1917 is a great historical watershed in the Russian revolution. That watershed consists of the awakening of the toilers of town and country to their right to seize control of their own lives and their social and economic inheritance; the cultivation of the soil, the housing, the factories, the mines, transportation, and lastly the education which had hitherto been used to strip our ancestors of all these assets.

However, as we see it, it would be wide of the mark if we were to see all of the content of the Russian revolution encapsulated in October: in fact, the Russian revolution was hatched over the preceding months, a period during which the peasants in the countryside and the workers in the towns grasped the essential point. Indeed, the revolution of February 1917 came to be a symbol for the toilers of their economic and political liberation. However, they quickly noticed that the February revolution as it evolved adopted the degenerated format characteristic of the liberal bourgeoisie, and, as such, proved incapable of embarking upon a project of social action. Whereupon the toilers immediately cast off the restraints imposed by February and set about openly severing all their ties to its pseudo-revolutionary aspect and its objectives.

In the Ukraine, there were two facets to this activity. At the time, the urban proletariat, in view of the meagerness of the anarchists' influence upon it on the one hand, and lack of information about the real political policies and domestic issues in the country on the other, reckoned that hoisting the Bolsheviks into power had become the most pressing necessity of the battle that had been joined for the pursuance of the revolution, if the coalition of Right Social Revolutionaries with the bourgeoisie was to be ousted.

Meanwhile, in the countryside, and especially in the Zaporozhe area of the Ukraine, where the autocracy had never quite managed to extirpate the spirit of freedom, the toiling revolutionary peasantry took it as its most over-riding and most basic duty to resort to direct revolutionary action in order to rid themselves as quickly as possible of the pomeshchiks and kulaks, being persuaded that this liberation would speed their victory against the socialist-bourgeois coalition.

This is the reason why the Ukrainian peasants went on the offensive, seizing the bourgeoisie's weaponry (particularly at the time of putschist General Kornilov's march on Petrograd in August 1917) and then refusing to pay the second annual installment of land levies to the big landlords and kulaks. (The agents of the coalition tried in fact to wrest the land from the peasants, in order to hold it for the estate-owners, allegedly in deference to the government's adherence to the status quo pending the convening of the Constituent Assembly which would decide on the matter).

The peasants then got up and seized the estates and livestock of the pomeshchiks, kulaks, monasteries and State holdings: in so doing, they always set up local committees to manage these assets, with an eye to sharing them out among the various villages and communes.

An instinctive anarchism clearly illumined all the plans of the Ukraine's toiling peasantry, which gave vent to an undisguised hatred of all State authority, a feeling accompanied by a plain ambition to liberate themselves. The latter, indeed, is very strong in the peasants: in essence it boils down to, first, getting rid of the bourgeois authorities like the gendarmerie, the magistrates sent out by the central authorities, etc. This was put into practice in many regions in the Ukraine. There are examples aplenty of the way in which the peasants in the provinces of Ekaterinoslav, Kherson, Poltava, Kharkov and part of Tavripol drove the gendarmerie out of their villages, or even stripped it of the right to make arrests without the say-so of the peasant committees and village assemblies. The gendarmes wound up as simply the bearers of the decisions these made. It was not long before the magistrates were reduced to like business.

The peasants themselves sat in judgment of all offenses and disputes at village assemblies or at special meetings, thereby denying all jurisdictional rights to the magistrates appointed by the central authorities. These magistrates sometimes fell so far from grace that they were often forced to flee or go into hiding.

Such an approach by the peasants to their individual and social rights naturally inclined them to fear lest the slogan "All power to the soviets" turn into a State power: these fears were perhaps less plainly evident among the urban proletariat, which was more under the sway of the social democrats and Bolsheviks.

To the peasants, the power of local soviets meant the conversion of those bodies into autonomous territorial units, on the basis of the revolutionary association and socio-economic self-direction of the toilers with an eye to the construction of a new society. Placing that sort of construction upon that slogan, the peasants applied it literally, expanded upon it and defended it against the trespasses of the Right SRs, Cadets (liberals) and the monarchist counter-revolutionaries.

Thus October had not yet happened when the peasants jumped the gun by refusing in many regions to pay the farm rents to the pomeshchiks and kulaks, then, having collectively seized the latter's land and livestock, dispatching delegates to the urban proletariat to come to some arrangement with it regarding the seizure of the factories and firms, the aim being to establish fraternal connections and, jointly, build the new, free society of toilers.

At this point, the practical implementation of the ideas of "Great October" had not yet been espoused by those who would later subscribe to it, the Bolsheviks and the Left SRs: it was even harshly criticized by their groups, organizations and central committees. On the other hand, as far as the Ukrainian peasants were concerned, Great October, and especially the status it was afforded in political chronology, looked very much like a chapter they had long since moved on from.

During the events in October, the proletariat of Petrograd, Moscow and other large cities, as well as the soldiers and the peasants adjacent to the towns, under the influence of anarchists, Bolsheviks and Left SRs, merely regularized and gave more precise political expression to that for which the revolutionary peasantry of many areas of the Ukraine had begun to struggle actively as early as the month of August 1917, and that in highly favorable conditions, enjoying, as they had, the backing of the urban proletariat.

The repercussions of the proletariat's version of October reached the Ukraine a month and a half later. The intent behind it was evident at first from the appeals from the delegates from the soviets and parties, then from the decrees of the Soviet of People's Commissars, about which the Ukrainian peasants were diffident, having had no part in their appointments.

It was then that groups of Red Guards showed up in the Ukraine, coming largely from Russia, and attacking the towns and communications centers controlled by the Cossacks of the Ukrainian Central Rada. The latter was so infected by chauvinism that it found it impossible to understand that of the laboring population of the country could relate to their brethren from Russia, nor, above all, appreciate the revolutionary spirit at large among the toiling population which stood ready to fight for its social and political independence.

In offering this analysis of Great October on this, the occasion of its tenth anniversary, we ought to stress that what we accomplished in the Ukraine was perfectly in tune, in late 1917, with the actions of the revolutionary workers in Petrograd, Moscow and other great cities in Russia.

Whilst taking note of the revolutionary faith and enthusiasm displayed by the countryside of the Ukraine long before October, we respect and hold in every bit as high regard the determination and vigor displayed by the Russian workers, peasants and soldiers during the events of October.

In reviewing the past, we cannot let the present go unremarked, for it is bound up with October one way or another. Also, we can only state our profound distress at the fact that, after ten years, the ideas that were fully expressed in October are still the objects of derision from the very people that have come to power and governed Russia since in the name of those ideas.

We express our saddened solidarity to all who fought for the triumph of October and are currently rotting in prisons and concentration camps. Their sufferings under torture and famine have reached us and compel us to feel a profound sorrow, on this the tenth anniversary of October, in place of the usual joy.

As a matter of revolutionary duty, we raise our voice once again to cry across the borders of the USSR:

Give the sons of October their freedom, give them back their rights to organize and to spread their ideas!

In the absence of freedom, and rights for the toilers and revolutionary militants, the USSR is suffocating and doing to death the best part of itself. Its enemies are delighted by this and are making preparations world-wide, with the aid of all possible means, to extirpate the revolution and, with it, the USSR.

1927
Great October in the Ukraine — Publication.

Image Gallery of Great October in the Ukraine