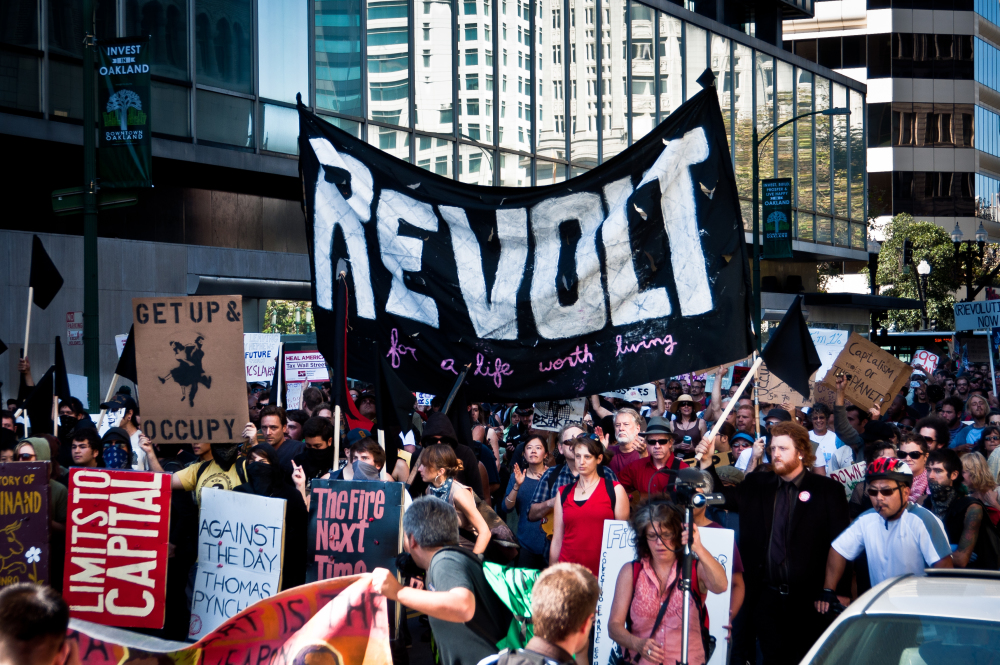 The following letter was written when all the events of that terrible night were fresh in my memory—in fact were burning in my soul, when the awful detonation was still ringing in my ears and police outrages were occurring all around me—in fact in my own home.

The readers of the Enquirer have read with bated breath the startling news flashed from this city on Tuesday last of the ushering in and demonstration of the new method of scientific warfare.

What was it, and what the occasion of the bringing forth of the fell destroyer from his lurking-place in the realms of science with such direful results? The cause may be given in a future letter, the results may be given here.

The minions of the oppressing class were marching up to one of the most peaceably assembled meetings ever held in this country by any class of people to discuss questions concerning their own interests, and commanded them to “disperse.” The individual giving this order was backed by about 300 armed and bludgeon-wielding police, whom the capitalistic press described as having “grasped their clubs tighter as they came in sight of the Anarchists assembled.”

Well, as the minions moved from the station, which was half a block away from the meeting, they came like a lowering cloud to blot out the sunlight of free speech on American soil. Sweeping from curbstone to curbstone (a new military tactic which they had been practicing for some time especially for the Anarchists), and stepping with military precision and unbroken ranks, each one “grasping tightly his club,” compelled the people peaceably assembled there to fall back upon the sidewalk. When the three first columns had moved past the speakers’ stand, a halt was called. The individual referred to commanded these peaceable people to “disperse.” The reply was given in thunder tones, which shook the great massive buildings for blocks around. A great swath had been cut in the ranks of the police. But before their groans, mingled with the succeeding echoes of the great explosion, could rise, as it were, from the place where they originated, there came a fusillade of pistol-shots. The bomb had been flung with such sudden and deadly effect that it had thoroughly disorganized and demoralized the police, and they became an easy prey for an enemy to attack and completely annihilate, if there had been any conspiracy or concocted understanding, as has been howled and shouted by the capitalistic press.

It was the shortest, sharpest, and most decisive battle, I believe, on record. In less than three minutes the most horrible explosion ever known of its kind had taken place, over two hundred shots had been fired and over fifty police lay writhing in their blood upon the ground. The 3,000 or more persons who had been assembled on the spot less than an hour previous—where were they? For nothing now was to be heard or seen but the writhing, groaning police, and citizens whose names were never known, and the coming and going of the patrol, each loaded with victims and conveying them to hospitals.

Since that date a reign of terror has been inaugurated which would put to shame the most zealous Russian bloodhound. The organized banditti and conscienceless brigands of capital have suspended the only papers which would give the side of those whom they had crammed into prison cells. They have invaded the homes of everyone who has ever been known to have raised a voice or sympathized with those who have had aught to say against the present system of robbery and oppression. I say they have invaded their homes and subjected them and their families to indignities that must be seen to be believed. This organized banditti have arrested me four times; they have subjected me to indignities that should bring the tinge of shame to the calloused cheek of a hardened barbarian.

But evidently becoming convinced that I had nothing to “give away,” they have ceased to drag me to the station, for the time at least. But my comrades need have no concern lest these ruffians should, by their brutal treatment of me, drive me to distraction. They simply challenge my contempt.

All we in Chicago ask of our comrades abroad is to withhold their opinion until they hear our side, and to furnish us such moral and financial aid as they can.

Image Gallery of The Haymarket Meeting