Letter to the Spanish Anarchists

: Nestor Makhno was the leader of a libertarian peasant and worker army and insurrection in the Ukraine which successfully fought Ukrainian nationalists, the Whites, the Bolsheviks and the bourgeoisie and put anarchism into practice in the years following the Russian Revolution. (From: Intro to Struggle Against the State.)
• "The free man, on the other hand, has thrown away the trammels of the past together with its lies and brutality. He has buried the rotten corpse of slavery and the notion that the past is better. Man has already partially liberated himself from the fog of lies and brutality, which enslaved him from the day of his birth, from the worship of the bayonet, money, legality, and hypocritical science." (From: "The Anarchist Revolution," by Nestor Makhno.)
• "...any State, whether bourgeois or proletarian, tends, by its very nature, simply to exploit and oppress man, to destroy in each and every one of us all the natural qualities of the human spirit that strive for equality and for the solidarity that underpins it." (From: "Paths of 'Proletarian' Power," Probuzdeniye, No. ....)
• "Arrest all governors for as long as need be, tear up and burn their laws! Tear down the prisons, once you have annilihated the executioners and eradicated all State power!" (From: "The ABC of the Revolutionary Anarchist," by Nesto....)

Letter to the Spanish Anarchists 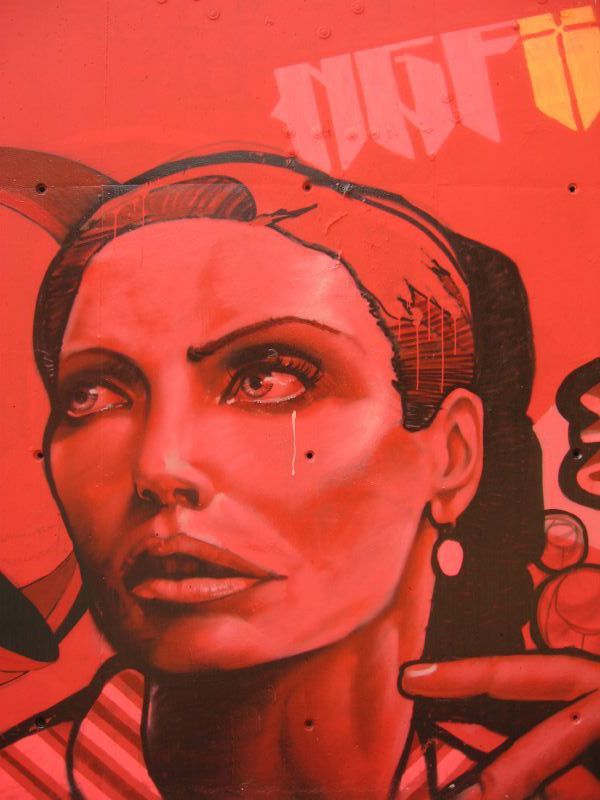 Convey to our Spanish friends and comrades and, through them, to all the workers in general my encouragement to them not to let their resolution falter in the revolutionary process which has been launched, as well as to make haste in uniting around a practical program drafted of a specific ideological direction. At all costs there must be no let up in the pace of the masses' revolutionary action. On the contrary, we must rush to help them compel (by force if there is no other way, no other means) the acting republican government which is hindering and distracting the revolution with its absurd decrees to desist from such harmful endeavors.

The Spanish toilers - workers, peasants and working intelligentsia - must unite and display the utmost revolutionary energy so as to conjure into existence a situation whereby the bourgeoisie may be precluded from opposing the revolution and the people, the seizure of land, factories and full freedoms: a situation that would thus become more and more widespread and irreversible. It is crucial that no effort be spared so that the Spanish working people grasp this and understand that to let this make-or-break moment slip by whilst remaining inactive and making do with the mere passing of verbal resolutions which come to nothing, would be tantamount to unwittingly playing into the hands of the revolution's enemies, allowing them to seize the initiative and giving them time to recover and then to snuff out the revolution that is underway.

To that end, there is a need for a union of anarchist forces, most especially in the shape of the foundation of a great Peasant Union that would federate with the National Federation of Labor (1), and within which anarchists must work untiringly. It is also vital that the workers get help to establish, on the spot, organs of economic and social self-management or Free Soviets, as well as armed forces for the defense of the revolutionary social measures that they will inevitably be imposing once they have come to their senses and broken all the chains of their slavish condition. Only in this way and through such methods of social action will the revolutionary working masses be capable of striking while the iron is hot against the attempt by a new system of exploitation to drive the revolution off course.

As I see it, the anarchist federation (2) and the National Federation of Labor must take this problem seriously. To that end, they must be able to call upon action groups in every village and town. Likewise, they must not be afraid to assume the reins of the strategic, organizational and theoretical revolutionary leadership of the popular movement. Obviously they will have to avoid any union with the political parties in general and with the bolshevik-communists in particular, for I imagine that the Spanish bolshevik-communists will be worthy imitators of their Russian friends. They will follow in the footsteps of the Jesuit Lenin or even of Stalin, not hesitating to assert their monopoly over all the gains of the revolution, with an eye to establishing the power of their party in the country, an aim the effects of which are familiar from the shameful example of Russia: the silencing of all free revolutionary tendencies and of all independent toilers' organizations. Indeed they see themselves as holding power alone and being in a position to control all freedoms and rights in the revolution. So they will inevitably betray both their allies and the very cause of the Revolution.
The cause of the Spanish revolution is the cause of workers throughout the world and in this undertaking there is no way that there can be any common ground with the party that, in the name of its dictatorship over the country, would have no hesitation in deceiving the people and laying hands on all their revolutionary gains, in order to emerge as the worst despots and foes of freedom and the rights of the people.

Let the experience of Russia be a warning to you. May the calamity of Russian bolshevik-communism never take root in the revolutionary soil of Spain!

Long live the union of the workers, peasants and working intellectuals of the whole of Spain!

Long live the Spanish revolution as it strides towards a new world of increasingly liberating gains, under the banner of anarchism!

With my fraternal best wishes,

Translated from Russian to French by Alexandre Skirda and from French to English by Paul Sharkey. English translation revised by Nestor McNab with reference to Russian original.

Image Gallery of Letter to the Spanish Anarchists