Revolt of the English Workers in the Nineteenth Century, The, Part 1

Revolt of the English Workers in the Nineteenth Century, The, Part 1 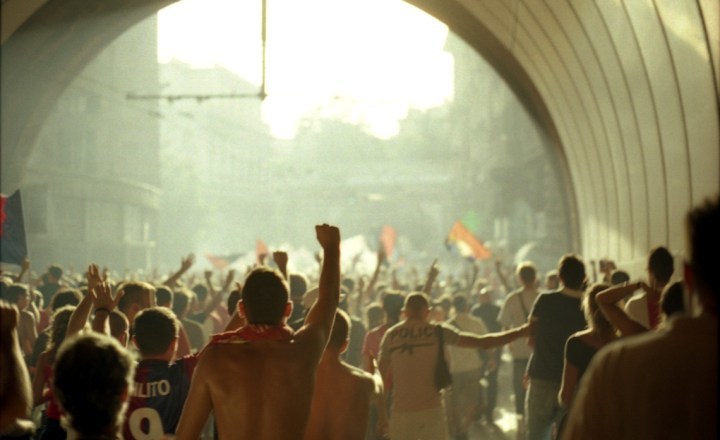 UNIVERSAL dissatisfaction is abroad. No man worth his salt who works and thinks in England to-day can be other than dissatisfied. The difficulty of making a living, to say nothing of leading full and complete human life, even if we have been so exceptionally fortunate as not to feel it for ourselves, is continually burnt into our consciousness by the efforts and struggles of our friends and neighbors--efforts crowned as often with failure as success in spite of honest endeavor--struggles frequently ending in the indifference of despair.

A few succeed. A few even force their way out of the class of workers, to live idly on the labor of others, but the vast majority exist always upon the edge of an abyss, into which they can only save themselves from failing by a never-ceasing round of toil. If they stop for a moment; if from illness or ill-luck, or any other cause for which they are not responsible, they drop out of the ranks, no one knows but themselves what a long, weary hopeless fight it is to regain the lost position.

Many never regain it. They sink into "the Residuum"; into that wretched, struggling mass of human beings whose one interest in life is how they shall get their next meal; who stand ever ready to undersell their fellow-workers for a starvation-wage; who live the life of beasts a careless enjoyment of the present: who in the midst of the pleasures and luxuries, the knowledge and culture of our modern civilization would have been ten thousand times happier if they had been born savages.

"To me at least," said Mr. Frederic Harrison at the Industrial Remuneration Conference, "it would be enough to condemn modern society as hardly an advance on slavery or serfdom, if the permanent condition of industry were to be that which we now behold, that 90 percent of the actual producers of wealth have no home that they can call their own beyond the end of the week; have no bit of soil, or so much as a room that belongs to them; have nothing of value of any kind except as much old furniture as will go on a cart; have the precarious chance of weekly wages which barely suffice to keep them in health; are housed, for most part, in places that no man thinks fit for his horse . . . This is the normal state of the average workman in town or country."

Out of a population of about 7,000,000 families, the insecurity poverty described by Mr. Harrison is the lot of 5,000,000 or thereabouts, in the richest country in the world. How is it that the great mass of Englishmen have fallen into such miserable and helpless degradation?

It is because they have lost their control over both land and capital, and so have nothing to work with, and consequently nothing to live upon, unless they can come to terms with some one who possesses these necessary means of production; unless they can find an employer in the class which own, property. And no property owner will employ men, that is to say will let them use his land or capital, unless he can make a profit for himself out of their labor over and above the wages he pays. It is on this profit that he lives, often lives luxuriously and without doing it stroke of work himself.

Now the land of this country, and the wealth created by past labor, have been stolen from the people by certain selfish and cunning individuals. The history of this sort of robbery, says Karl Marx, "is written in the annals of mankind in letters of blood and fire." Suppose we turn to the last page of our own history and see.

I. THE ROBBERY OF LAND.

At the beginning of the last century, out of a population of somewhere about 5,499,5201 there were 940,000 free holders in Great Britain, something like one-sixth of the population, and of these 660,000 were small yeoman farmers, each his own master, with no landlord over him, tilling his own 12 or 15 to 100 acres.

These little farms were mostly arable land, cultivated on the old three field system, one third of the farm lying fallow every year to rest the land. The farmer and his family cultivated their bit of land themselves, with the help, on the bigger farms, of two or three hired laborers, who often lived in the farm-house and ate at the farmer's table with the family.

Of course there was no yawning gulf of class distinction between those who thus lived and worked together. Their interests were in common and a laborer would very often remain on one farm all his life. When be married he would remove to a cottage on the village common which belonged to all the villagers, had been their heritage from the dim far-off days when their ancestors first colonized the country side. Here all the people, farmers and laborers, had free right to pasture their cows, sheep, pigs, donkeys and geese, and to cut timber, firewood and turf. Besides the common, many cottagers had from two to four acres of ground for vegetables and corn. Of course laborers in such a position as this were independent men, vastly different from the unhappy hirelings of to-day.

April 1, 1889
Revolt of the English Workers in the Nineteenth Century, The, Part 1 — Publication.

Image Gallery of Revolt of the English Workers in the Nineteenth Century, The, Part 1