: The originality of his ideas, the imagery and vehemence of his eloquence, his untiring zeal in propagandism, helped too by the natural majesty of his person and by a powerful vitality, gave Bakunin access to all the socialistic revolutionary groups, and his efforts left deep traces everywhere... (From: The Torch of Anarchy.)
• "The principle of political or State morality is very simple. The State, being the supreme objective, everything that is favorable to the development of its power is good; all that is contrary to it, even if it were the most humane thing in the world, is bad. This morality is called Patriotism." (From: "Marxism, Freedom, and the State," Translated and ....)
• "What is permitted to the State is forbidden to the individual. Such is the maxim of all governments." (From: "The Immorality of the State," by Mikhail Bakunin.)
• "What would be the main purpose and task of the organization? To help the people achieve self-determination on a basis of complete and comprehensive human liberty, without the slightest interference from even temporary or transitional power..." (From: "Bakunin to Nechayev on the Role of Secret Revolut....) 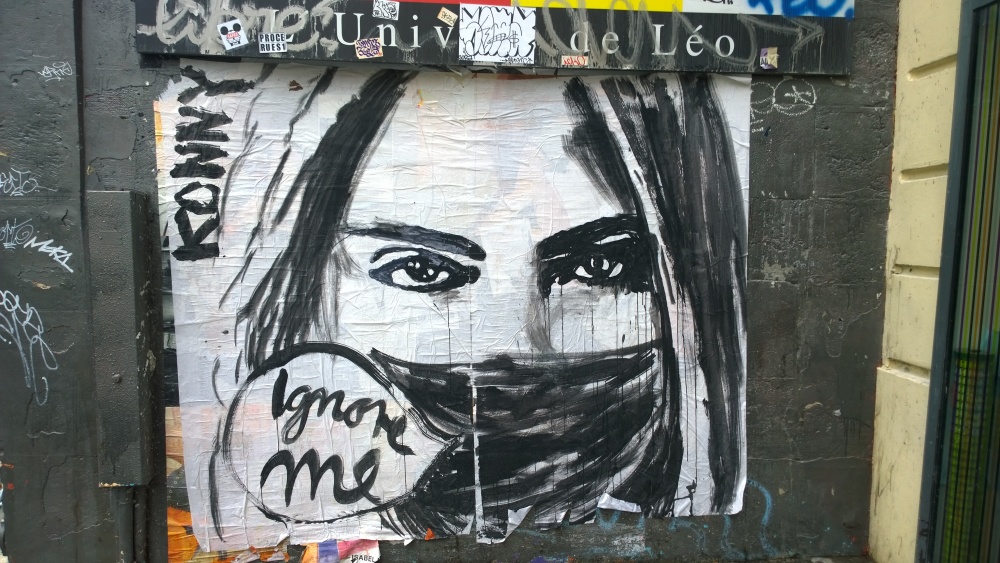 Photo by Ithmus,
CC BY License

From this truth of practical solidarity or fraternity of struggle that I have laid down as the first principle of the Council of Action flows a theoretical consequence of equal importance. The workers are able to unite as a class for class economic action because all religious philosophies, and systems of morality which prevail in any given order of society are always the ideal expression of its real, material situation. Theologies, philosophies and ethics define, first of all, the economic Organization of society; and secondly, the political organization, which is itself nothing but the legal and violent consecration of the economic order. Consequently, there are not several religions of the ruling clam; there is one, the religion of property. And there are not several religions of the working class: there is one, the piety of struggle, the vision of emancipation, penetrating the fog of every mysticism, and finding, utterance in a thousand prayers. Workers of all creeds, like workers of all lands, have but one faith, hope, and charity; one common purpose overleaps the barriers of seeming hatreds of race and creed. The workers are one class, and therefore one race, one faith, one nation, This is the theoretical truth to be induced from the practical fraternal solidarity of the Council of Action Organization. Church and State are liquidated in the vital Organization of the working class, the genius of free humanity.

It has been stated that Protestantism established liberty in Europe. This is a great error. It is the economic, material emancipation of the bourgeois class which, in spite of Protestantism, has created that exclusively political and legal liberty, which is too easily confounded with the grand, universal, human liberty, which only the proletariat can create. The necessary accompaniment of bourgeois legal and political liberty, appearances to the contrary notwith. standing, is the intellectual, anti-Christian, and anti-religious emancipation of the bourgeoisie. The capitalist ruling class has no religion, no ideals, and no illusion. It is cynical and unbelieving because it denies the real base of human society, the complete emancipation of the working class. Bourgeois society, by its very nature of interested professionalism, must maintain centers of authority and exploitation, called States. The laborers, by their very economic needs, must challenge such centers of oppression.

The inherent principles of human existence are summed up in the single law of solidarity. This is the golden rule of humanity, and may be formulated thus: no person can recognize or realize his or her own humanity except by recognizing it in others and so cooperating for its realization by each and all. No man can emancipate himself save by emancipating with him all the men about him.

What all other men are is of the greatest importance to me. However independent I may imagine myself to be, however far removed I may appear from mundane consideration by my social status, I am enslaved to the misery of the meanest member of society. The outcast is my daily menace. Whether I am Pope, Czar, Emperor, or even prime Minister, I am always the creature of their circumstance, the conscious product of their ignorance, want and clamoring. They are in slavery, and I, the superior one, am enslaved in consequence.

For example if such is the case, I am enlightened or intelligent men. But I am foolish with the folly of the people, my wisdom stunned by their needs, my mind palsied. I am a brave man, but I am the coward of the peoples' fear. Their misery appalls me, and every day I shrink from the struggle of life. My career becomes an evasion of living. A rich man, I tremble before their poverty, because it threatens to engulf me. I discover I have no riches in myself, no wealth but that stolen from the common life of the common people. As privileged man, I turn pale before the people's demand for justice. I feel a menace in that demand. The cry is ominous and I am threatened. It is the feeling of the malefactor dreading, yet waiting for inevitable arrest. My life is privileged and furtive. But it is not mine. I lack freedom and contentment. In short, wishing to be free, though I am wise, brave, rich, and privileged, I cannot be free because my immediate associates do not wish men to be free; and the Mass, from whom all wisdom, bravery, riches, and Privileges ascend, do not know how to secure their freedom. The slavery of the common people make them the instruments of my oppression. For we to be free, they must be free. We must conquer bread and freedom in common.

The true, human liberty of a single individual implies the emancipation of all: because, thanks to the law of solidarity, which is the natural basis of all human society, I cannot be, feel, and know myself really, completely free, if I am not surrounded by men as free as myself. The slavery of each is my slavery.

Image Gallery of Solidarity in Liberty