: The originality of his ideas, the imagery and vehemence of his eloquence, his untiring zeal in propagandism, helped too by the natural majesty of his person and by a powerful vitality, gave Bakunin access to all the socialistic revolutionary groups, and his efforts left deep traces everywhere... (From: The Torch of Anarchy.)
• "The revolution, in short, has this aim: freedom for all, for individuals as well as collective bodies, associations, communes, provinces, regions, and nations, and the mutual guarantee of this freedom by federation." (From: "Revolutionary Catechism," by Mikhail Bakunin.)
• "What is permitted to the State is forbidden to the individual. Such is the maxim of all governments." (From: "The Immorality of the State," by Mikhail Bakunin.)
• "The principle of political or State morality is very simple. The State, being the supreme objective, everything that is favorable to the development of its power is good; all that is contrary to it, even if it were the most humane thing in the world, is bad. This morality is called Patriotism." (From: "Marxism, Freedom, and the State," Translated and ....) 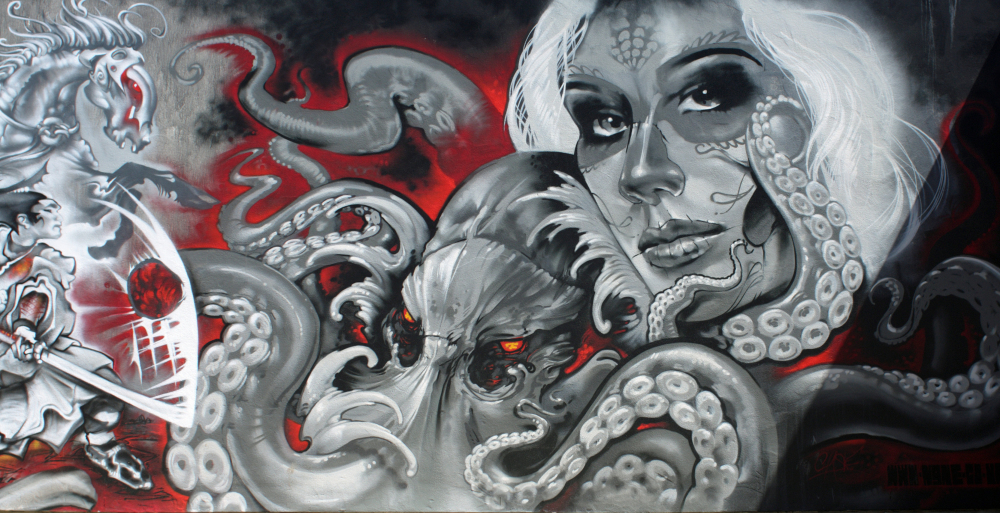 Photo by DeptfordJon,
CC BY License

I received your letter. As for friendship, R-S, let’s not talk about it. After all you've cooked up against me (I now know about this to the tiniest detail) to call ourselves friends would be a horrific lie on both of our parts. You did all you could to kill me physically, morally, and socially by pretending up to the bitter end to be my friend, and if you didn’t succeed in doing so it wasn’t for lack of trying.

The perspicacious and intelligent Cafiero was nothing but an instrument in your hands, and you were the one who used him. I'd like to believe that you fooled yourself by taking the inspiration of your impatient and immoderate ambition for devotion to the cause. It’s undeniable, and you must admit this at least, that you acted towards me like the worst of my enemies. And despite this I continue to believe in your devotion to the Russian cause, in believing you capable of serving it, and because of this, and on this level I am still ready to extend my hand to you.

You are now preparing yourself to take a decisive step, one on which you're your entire future, and even more importantly, your career as a revolutionary, will depend. Allow the old man that I am to tell you some truths, probably the last ones I will express to you.

Try to force yourself to bring to all the relations with the new men with whom you will find it useful and possible to join with all the truth, all the sincerity, and all the affection which your not very prodigal nature is capable of. Try to understand that nothing solid or viable can be built on Jesuitical lies; that revolutionary action can never be based on vile and base passions, and that the revolution can only emerge triumphant if it has an elevated, humane goal. In this sense and direction I wish you total success

Image Gallery of Letter to R-S