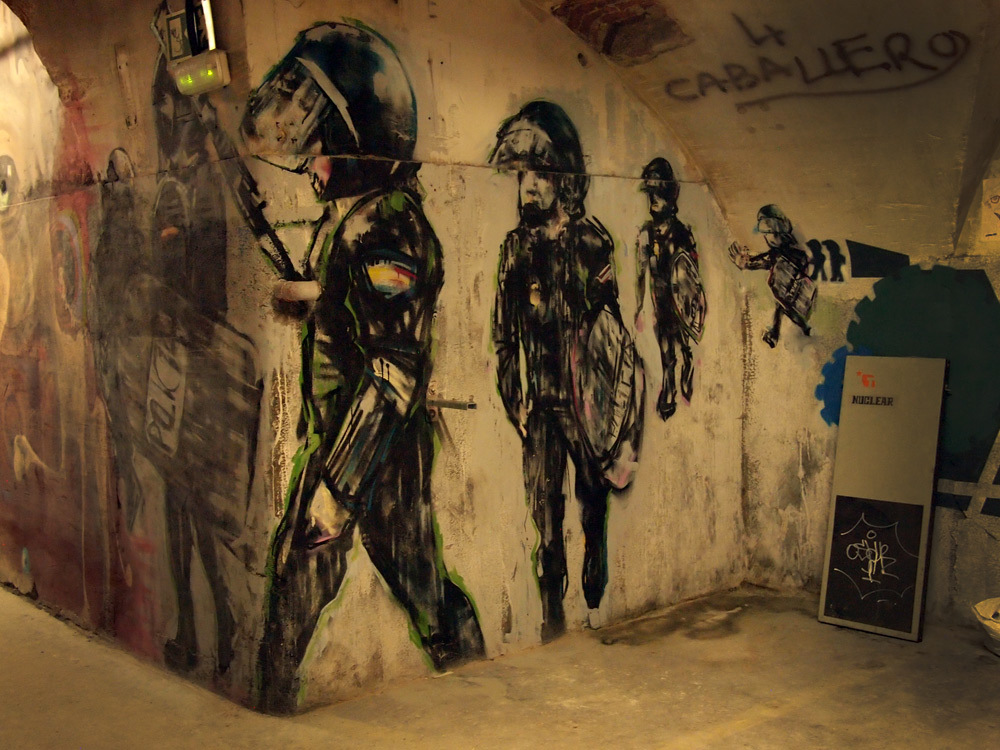 During the revolutionary days that brought Kerensky's bourgeois republic to an end, the anarchists were in the forefront of the military struggle, especially in the Dvinsk regiment commanded by old libertarians like Grachoff and Fedotoff. This force dislodged the counter-revolutionary "cadets." Aided by his detachment, the anarchist Gelezniakov disbanded the Constituent Assembly: the Bolsheviks only ratified the accomplished fact. Many partizan detachments were formed or led by anarchists... and fouch unremittingly against the white armies between 1918 and 1920.

Scarcely a major city was without an anarchist or anarcho-syndicalist group, spreading a relatively large amount of printed matter--papers, periodicals, leaflets, pamphlets, and books. There were two weeklies in Petrograd and a daily in Moscow, each appearing in 25,000 copies. Anarchist sympathizers increased as the Revolution deepened and then moved away from the masses. The French captain Jacques Sadoul, on a mission in Russia, wrote in a report dated April 6, 1918: "The anarchist party is the most active, the most militant of the opposition groups and probably the most popular.... The Bolsheviks are anxious." At the end of 1918, according to Voline [the premier historian of the anarchists during the revolution, as well as an active participant in the events described--cf], "this influence became so great that the Bolsheviks, who could not accept criticism, still less opposition, became seriously disturbed." Voline reports that for the Bolshevik authorities "it was equivalent... to suicide to tolerate anarchist propaganda. They did their best first to prevent, and then to forbid, any manifestation of libertarian ideas and finally suppressed them by brute force."

The Bolshevik government "began by forcibly closing the offices of libertarian organizations, and forbidding the anarchists from taking part in any propaganda or activity." In Moscow, on the night of April 12, 1918, detachments of Red Guards, armed to the teeth, took over by surprise twenty-five houses occupied by the anarchists. The latter, thinking that they were being attacked by White Guards, replied with gunfire. According to Voline, the authorities soon went on to "more violent measures: imprisonment, outlawing, and execution." "For four years this conflict was to keep the Bolshevik authorities on their toes... until the libertarian trend was finally crushed by military measures (at the end of 1921)."

The liquidation of the anarchists was all the easier since they had divided into two factions, one of which refused to be tamed while the other allowed itself to be domesticated. The latter regarded "historical necessity" as justification for making a gesture of loyalty to the regime and, at least temporarily, approving its dictatorial actions. They considered a victorious end to the civil war and the crushing of the counter-revolution to be the first necessities.

The more intransigent anarchists regarded this as a short-sighted tactic. For the counter-revolutionary movements were being fed by the bureaucratic impotence of the government apparatus and the disillusionment and discontent of the people. Moreover, the authorities ended up by making no distinction between the active wing of the libertarian revolution which was disputing its methods of control, and the criminal activities of its right-wing adversaries. To accept dictatorship and terror was a suicidal policy for the anarchists who were themselves to become its victims. Finally, the conversion of the so-called soviet anarchists made the crushing of those other, irreconcilable, ones easier, for they were treated as "false" anarchists, irresponsible and unrealistic dreamers, stupid muddlers, madmen, sowers of division, and, finally, counter-revolutionary bandits.

Victor Serge was the most brilliant, and therefore considered the most authoritative, of the converted anarchists. He worked for the regime and published a pamphlet in French which attempted to defend it against anarchist criticism. The book he wrote later, _L'An 1 de la Re'volution Russe_ [_Year One of the Russian Revolution_--cf], is largely a justification of the liquidation of the soviets by Bolshevism. The Party--or rather its elite leadership--is presented as the brains of the working class. It is up to the duly selected leaders of the vanguard to discover what the proletariat can and must do. Without them, the masses organized in soviets would be no more than "a sprinkling of men with confused aspirations shot through with gleams of intelligence."

Victor Serge was certainly too clear-minded to have any illusions about the real nature of the central Soviet power. But this power was still haloed with the prestige of the first victorious proletarian revolution; it was loathed by world counter-revolution; and that was one of the reasons--the most honorable--why Serge and many other revolutionaries saw fit to put a padlock on their tongues. In the summer of 1921 the anarchist Gaston Leval came to Moscow in the Spanish delegation to the Third Congress of the Communist International. In private, Serge confided to him that "the Communist Party no longer practices the dictatorship of the proletariat but dictatorship *over* the proletariat." Returning to France, Leval published articles in "Le Libertaire," using well-documented facts, and placing side by side what Victor Serge had told him confidentially and his public statements, which he described as "conscious lies." In _Livining My Life_, the great American anarchist Emma Goldman was no kinder to Victor Serge, whom she had seen in action in Moscow.