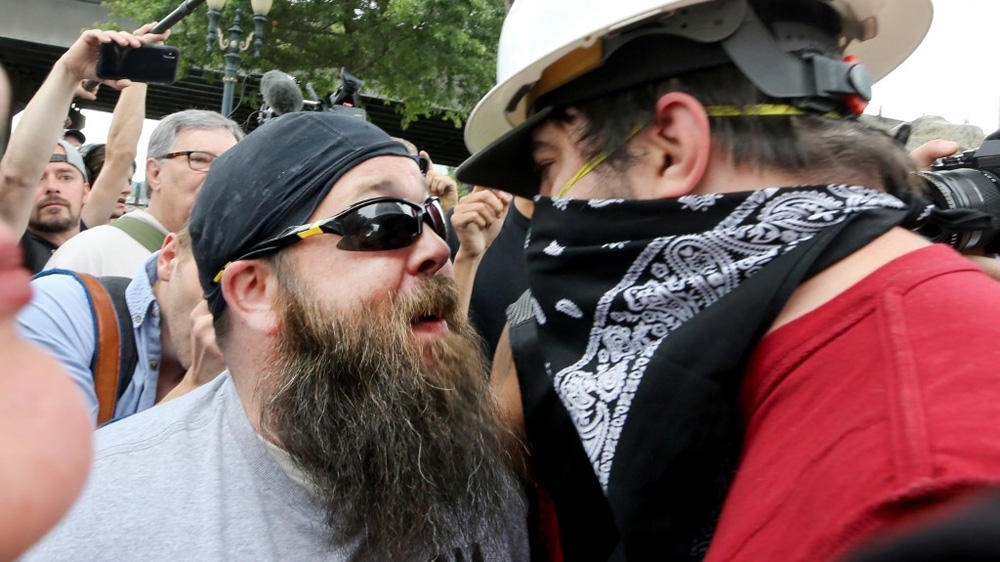 Antifa is a left-wing, anti-fascist and anti-racist political movement in the United States. As a highly decentralized array of autonomous groups, antifa uses both nonviolent and violent direct action to achieve its aims rather than policy reform. Much of antifa political activism is nonviolent, involving poster and flier campaigns, mutual aid, speeches, protest marches, and community organizing. They also engage in protest tactics, seeking to combat fascists and racists such as neo-Nazis, white supremacists, and other far-right extremists. Antifa's willingness to directly confront far-right activists (and in some cases, law enforcement) is a departure from other leftist opposition movements. This confrontation sometimes involves digital activism, doxing, harassment, physical violence, and property damage against those they identify as belonging to the far right.

Individuals involved in the movement tend to hold anti-authoritarian, anti-capitalist, and anti-state views, subscribing to a range of left-wing ideologies. A majority of individuals involved are anarchists, communists, and socialists who describe themselves as revolutionaries and criticize liberal democracy, although some social democrats and others on the American Left (i.e. environmentalists, LGBT and indigenous rights advocates) also adhere to the antifa movement. The name antifa and the logo with two flags representing anarchism and communism are derived from the German antifa movement. 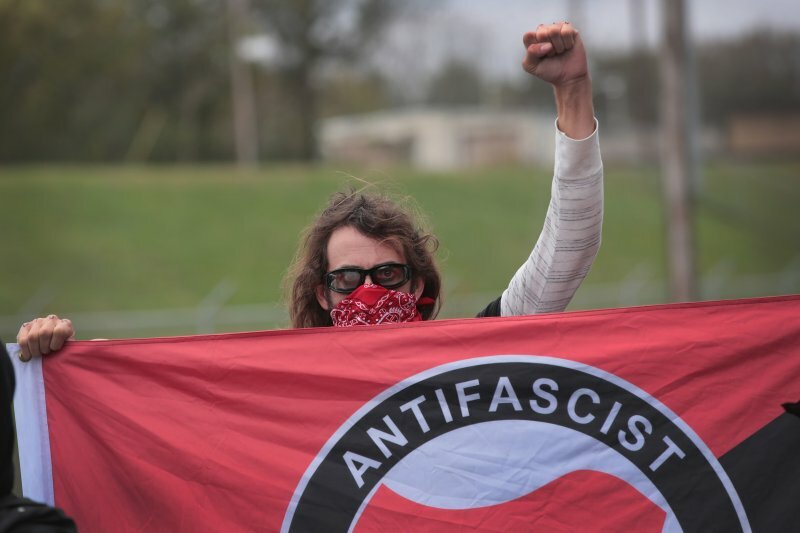 The American antifa movement grew after the 2016 United States presidential election of Donald Trump. Antifa activists' actions have received support and criticism from various organizations and pundits. Some on the left criticize antifa's willingness to adopt violent tactics, which they describe as counterproductive, emboldening the right and their allies. Many right-wing politicians and groups characterize it as a domestic terrorist organization or use antifa as a catch-all term for any left-leaning or liberal protest actions. Some scholars argue that antifa is a legitimate response to the rise of the far right and that antifa's violence is not equivalent to right-wing violence. Scholars tend to reject the equivalence between antifa and white supremacy.

There have been numerous efforts to discredit antifa by various right-wing groups and individuals. Some have been done via hoaxes on social media, many of them false flag attacks originating from alt-right and 4chan users posing as antifa backers on Twitter; some hoaxes have been picked up and portrayed as fact by right-leaning media and politicians. While the Trump administration blamed antifa for orchestrating the George Floyd protests of mid-2020, analysis of federal arrests found no link. There were repeated calls by Donald Trump and William Barr to designate antifa as a terrorist organization despite the fact that it is not an organization. Academics, legal experts, and others have argued such an action would exceed the authority of the presidency and violate the First Amendment. Several analyzes, reports, and studies have concluded that antifa is not a major domestic terrorism risk.

The English word antifa is a loanword from the German Antifa, where it is a shortened form of the word antifaschistisch ("anti-fascist") and a nickname of Antifaschistische Aktion (1932–1933), a short-lived group which inspired the wider antifa movement in Germany. The German word Antifa itself first appeared in 1930 and the long form antifaschistisch was borrowed from the original Italian anti-Fascisti ("anti-fascists"). Oxford Dictionaries placed antifa on its shortlist for word of the year in 2017 and stated the word "emerged from relative obscurity to become an established part of the English lexicon over the course of 2017."

AFA’s magazine Fighting Talk had a special on the Spanish Revolution. This is the introduction to that special, which also included ‘The People Armed’, ‘The Rattle of the Thompson Gun’, and ‘Forgotten Heroes’. In this issue of Fighting Talk we feature a number of articles that look at events surrounding the Spanish Civil War/Revolution. The courage and commitment of the men and women who went to Spain to fight with the International Brigades is well known, and in an interview with a member of the Connolly Column we get an idea of what inspired the thousands of volunteers, who came from fifty two countries. Over 2,000 volunteers left Britain to fight fascism in Spain, over 500 were killed. Despite t... (From: TheAnarchistLibrary.org.)

People Armed, The : Women in the Spanish Revolutio...

The events of 1936 - 1939 brought massive upheavals to the daily lives of Spanish people. Working class women, in particular, participated in and witnessed great changes as the old order of Church and domestic culture were swept away by social revolution and war. Thousands of ordinary women were propelled by necessity into revolutionary events, from front line fighting and organizing community defense to collectivizing and running farmland and factories. When the revolution was crushed in 1939, the memories and bonds formed in the revolutionary period sustained them through long years of the Fascist dictatorship, in prison, exile, or continuing the struggle in the resistance movements. Much has been written about the war and the political ... (From: TheAnarchistLibrary.org.)