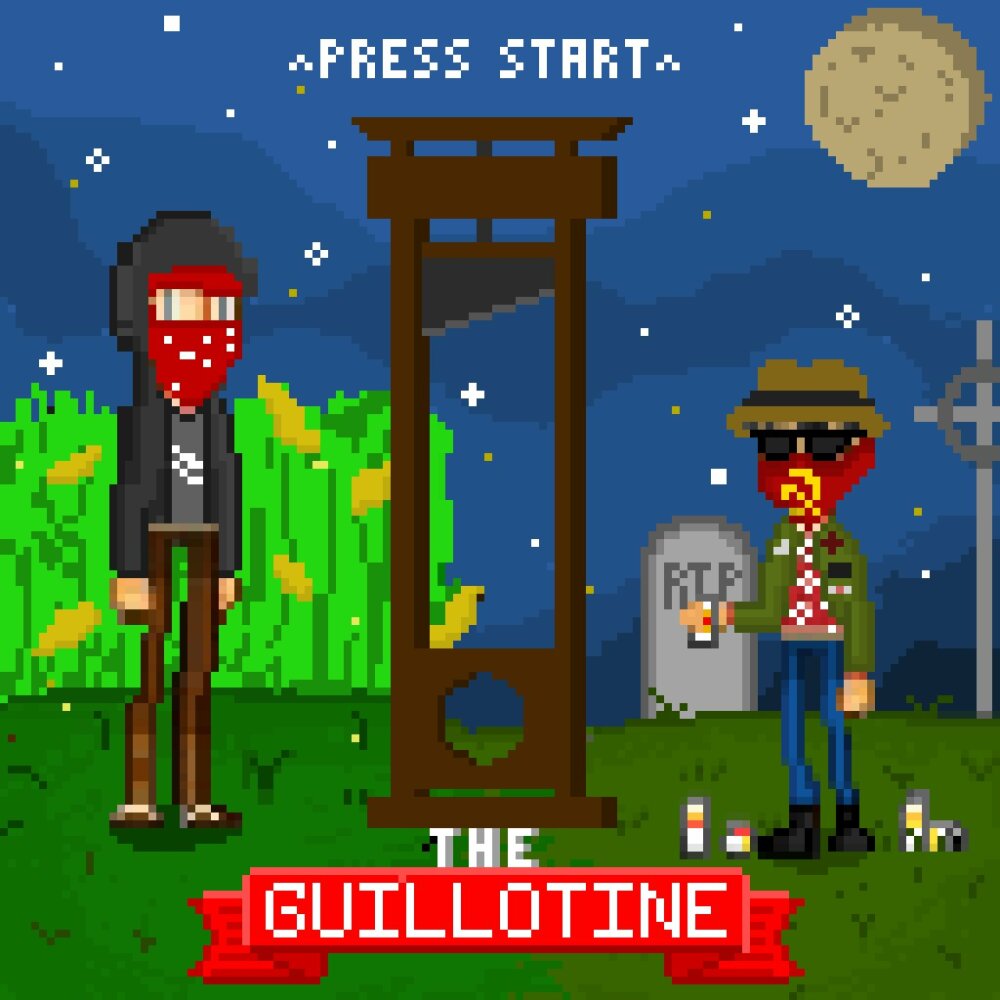 Dr. Bones has gained notoriety since Trump’s rise in the GOP primaries within niche netherworlds of the internet, mostly among anarchist, communist, and mystical conjurer circles. He writes frequently in first-person, blog post-style for the site Gods and Radicals (“A Site of Beautiful Resistance”), and his work has also appeared in The Anarchist Library and The Conjure House.

Along with often appearing on a podcast called Guillotine Pod, Dr. Bones independently published his first book last year: “Curse Your Boss, Hex The State, Take Back The World.” 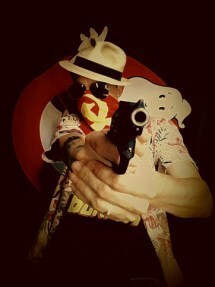 ldquo;In ‘Curse Your Boss, Hex The State, Take Back The World,’ Conjurer and anarcho-communist swamp-dweller Dr. Bones unravels the Spectral Cage in which we–even magic-workers–find ourselves trapped,” reads a review on Gods and Radicals. “The State, Capitalism, Society, and Media all enmesh not just our actions but our very perception both of this world and the Other, and Dr. Bones shows you how to forge the keys to freedom. But unlike the pulp pablum pushed out by mass-market magic publishers, this book won’t tell you how to get that car you saw in the commercial, or how to get a raise or find inner peace. Instead, Dr. Bones offers you rituals and theory to change the entire world, to free not just yourself but others, and issues a revolutionary call to take up magical arms against Capital and the State.”

With radical views aimed at alienated working-class Americans disaffected from the political process entirely and searching for alternatives, he has garnered a fervent but niche following, exemplified by a cohort of fans from various parts of the New England area that traveled to the University to hear his talk and, let’s say, stood out from the rest of the crowd.

His writings promulgate a diverse combination of political positions, pulling from strains of anarcho-communism, existentialism, and Nietzschean philosophy. His overall view, which he coined “egoist-communism,” is laid out most clearly in an essay he wrote for The Anarchist Library.

“Egoist-Communism might be thought of as Mutualism without Markets, a honeycomb of non-hierarchical mafias looking to live life as joyously as they can and free from the false divisions of race, nationality, class, or gender,” Dr. Bones writes. “It promotes differentiation, embraces chaos, and takes gangs of individuals as its organizational unit instead of a manufactured society. It is the abolition of all that limits the Unique and the search for other like-minded souls to increase each other’s power. How you do so will ultimately be up to you.”

Along with adamant anti-capitalism, he couples this traditional leftist rhetoric with a nuanced take on individuals’ irrational egoistic impulses.

“My idea is that every specific body strives to become master over all space and to extend its force (–its will to power:) and to thrust back all that resists its extension,” he continues. “But it continually encounters similar efforts on the part of other bodies and ends by coming to an arrangement (‘union’) with those of them that are sufficiently related to it: thus they then conspire together for power…. This is communism where we can look out over the horizon and say ‘this is all yours, and mine too,’ a communism where we can take care of one another because it pleases us to do so and because it ensures we too shall be taken care of.” 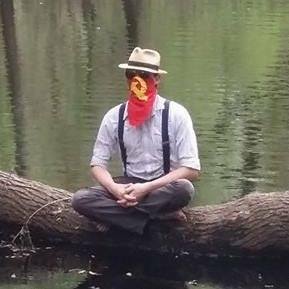 His daily written work involves the application of these views to news and pop culture, concretizing into articles with provocative titles such as “Survive the Fascist apocalypse with this ONE WEIRD TRICK” and “Meet the Hellbeast that Owns your Future” (a piece about Amazon’s monopolization of retail industry).

Dr. Bones’ writings are eccentric and apocalyptic but coherent and occasionally poetic nonetheless. However, this Dr. Bones, the writer, was entirely disconnected from the Dr. Bones the speaker who showed up at Wesleyan, inebriated (according to his own blog post) and rambling between apocalyptic stories intended to disturb University students along with a smattering of conspiracy theories.

Marten Weiner ’18, who helped invite Dr. Bones to campus and mediated the discussion, began by asking a general, straightforward question about what egoistic-communism meant to him. 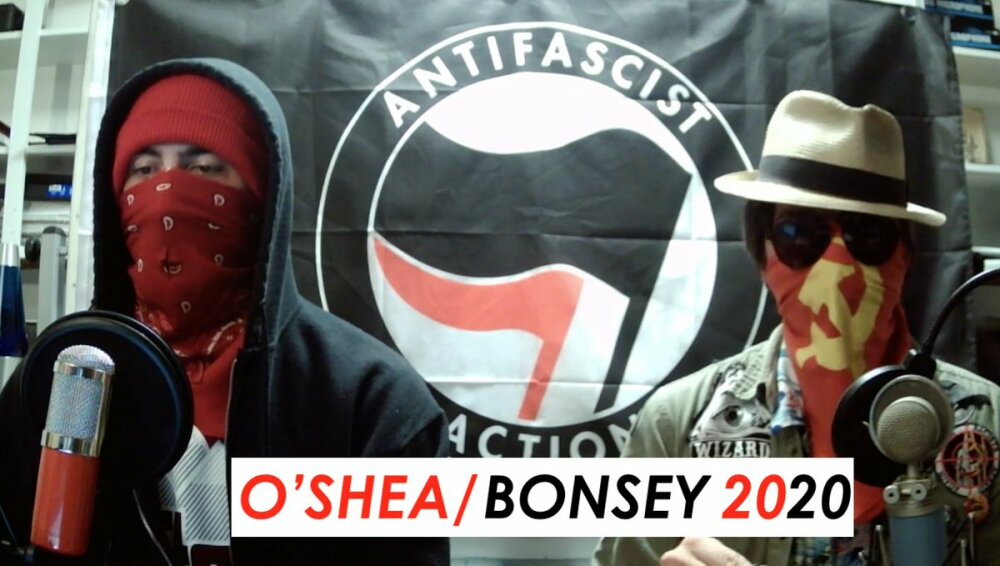 Dr. Bones looked out toward audience and, after a pause, proclaimed, with a sense of dramatic irony, “We’re all going to die of cancer,” which set the general tone for the rest of his two-hour lamentation of capitalist society in America.

In a particularly contentious part of the talk, Dr. Bones excused acts of violence committed by the left-wing terrorist groups FAI (Informal Anarchist Federation) by serving up an ambiguously self-aware contradictory explanation along the lines of “I don’t advocate for violence, but I advocate for violence, if you know what I mean.”

If Dr. Bones’ talk could be said to have centered on anything at all, it could only be to shock student activists, who entertain the idea of a revolution in the abstract, into understanding what a revolution would actually entail—the trials and tribulations as well as dangers.

“Someone that you love is going to die,” he said. “Are you ready for that?”

Students, it is clear to say, did not appreciate the patronizing tone of this component of the talk, which it seems Dr. Bones picked up on as well in a surprising moment of self-awareness.

“My initial talk did not go over well,” he noted in a blog post titled “My Time in Connecticut” that he posted a few days after he visited the University. “Asking young and impressionable college students if they were ready to ‘have their fingers cut off’ or be sentenced to 41 years of solitary confinement for organizing was perhaps a bit…dark. I delight in the macabre, the horrifying. In a clean, safe room perhaps I was incoherent. Some people did get it, almost all of them working class. They knew the horror I raged against. What’s better is they were actually doing something about it.” 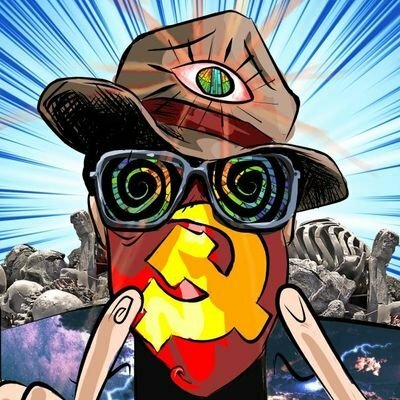 Throughout the rest of his incoherent musings on political correctness, the insignificance of the 2016 election, and the evil actors behind globalism and neoliberalism, YouTube videos were his most frequently cited source of information. As one attendee noted, Dr. Bones presented himself as the Alex Jones of the left, throwing up unverified conspiratorial theories and broad sweeping generalization about other parts of the world.

Although Dr. Bones’ antics could be simply deemed ridiculous, the fact that he was invited to speak at the University raises important questions for the campus to grapple with. Despite honorable intentions to bring a speaker from outside of the esteemed academic elite onto campus, Dr. Bones might not have been the right choice. In this case, the debacle of Dr. Bones raises the question: What qualifications do speakers need to have in order to be given University funding to come discuss their views? In addition, if leftist agitators such as Dr. Bones, who in part clearly intended to be a provocateur are allowed to speak on campus, it would seem difficult for campus liberals to fairly dismiss conservative speakers that might put forward more comprehensive arguments, at least to engage with.