: By 1890 his political commitments were clearer: he showed a clear preference for the anarchist left, and became friends with Jean Grave and Camille Pissarro. He wrote at length on Impressionism, believing it to be the beginning of a cultural revolution in France. (From: Sharif Gemie Bio.)
• "I am horrified by the bloodshed, the ruins, and the death; I love life, and all life is sacred to me. This is why I'm going to ask for the anarchist ideal which no form of government can create: love, beauty, and peace between men. Ravachol [the Anarchist bombthrower] doesn't frighten me. He is as transient as the terror he inspires. He is the thunder clap that is followed by the glory of the sun and the calm sky." (From: "Ravachol," by by Octave Henri Marie Mirbeau.)
• "The patience of the downtrodden and the dispossessed has lasted long enough. They want to live, they want to enjoy, they want their share of all the happiness and sunshine." (From: "Ravachol," by by Octave Henri Marie Mirbeau.)
• "...each turn of the government machinery grinds the tumbling, gasping flesh of the poor..." (From: "Ravachol," by by Octave Henri Marie Mirbeau.) 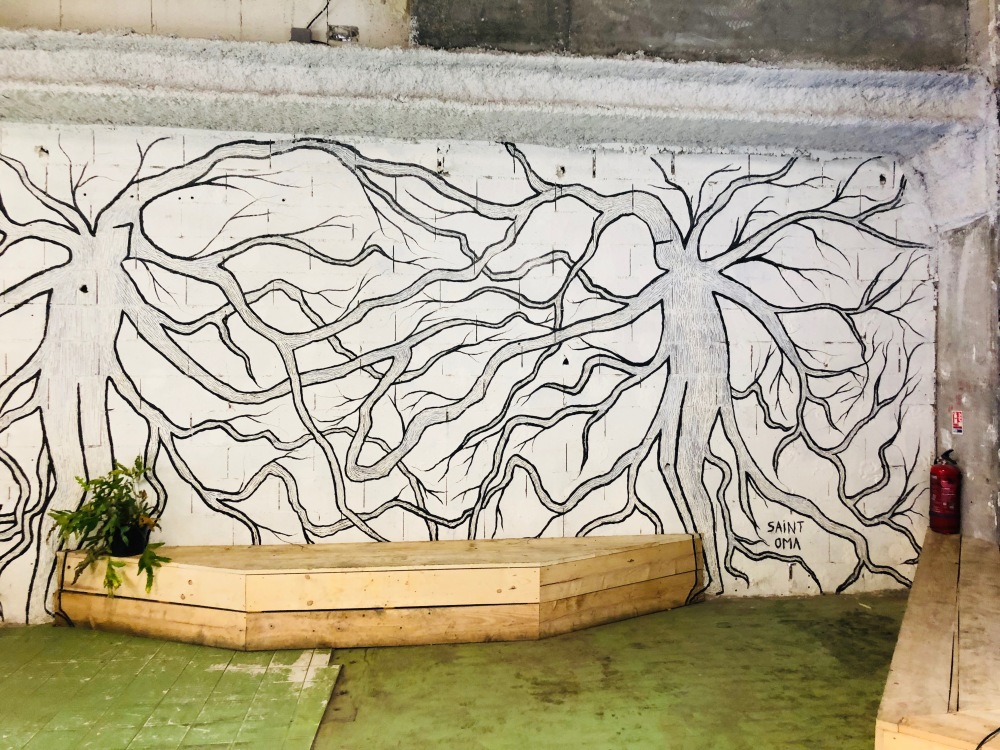 Old man Rivoli had a wall. This wall ran along a road, and it was crumbling badly. The rains and the road mender's pickax had undermined the base. The stones, having come loose, hardly held together any longer, and cracks were opening up. It was beautiful, however, having the look of an ancient ruin. Some irises crowned the top, while figworts, maidenhair, and houseleeks pushed their way through the fissures. Some poppies, too, paraded their frail bodies between cracks in the rubble-stones. But Pop Rivoli was not sensitive to the poetry of his wall, and, after examining it at length, and jiggling some of its loose stones like teeth in the jaws of a poor man, he finally decided to repair it. He had no need of a mason because he had done every job under the sun during his life. He knew how to mix up the mortar just as he knew how to plane down a board, harden a piece of iron, and square a rafter. Besides, a mason costs a lot without necessarily getting the job done. Pop Rivoli bought some lime and mixed it with a little sand on the road at the base of the wall, and gathered some stones from inside his little yard. Having done all that, he put himself to work.

But hardly had he, one morning, thrown a half-trowel of mortar to fill in the first hole, and wedged the first stone into place, when suddenly he heard a harsh voice call out behind him:

"Hey, Pop, what are you doing there?"

It was the municipal surveyor, making his morning rounds. He carried a game bag on his back, crammed with instruments of geometry, and in his arm he had two levels, painted red and white.

"Ah-ha!" he said after he put his things down on the road bank, "A strict regulation, and you're violating it again. And at your age! Look here --what are you up to?"

Old man Rivoli turned around and said, "Well... I'm fixing my wall --you see how it's coming apart all over..."

The old man was alarmed and stood up, and now he stood with his hands placed against his stiff back. "A permit, you say? Doesn't my own wall belong to me? Do I need a permit to do as I like with my wall --knock it down or straighten it out if I feel like it?"

Don't get wise, you old rascal. You know the bottom line." "Still," Rivoli persisted , "Is the wall mine --yes or no?"

"But you can plainly see that it can hardly stand up any more," the old man pointed out, "and if I don't fix it, it'll fall down like a dead man." "That's possible, but it's no concern of mine. I'm writing you a summons, firstly, for repairing your wall without authorization. Secondly, for having, also without authorization, placed materials on a public way. It'll cost you exactly one fifty-ecu piece as a fine, my dear Pop Rivoli. Ha! That'll teach you to use ignorance of the law as an excuse!"

Old Rivoli opened his mouth wide, toothless and black as a furnace. He was so stupefied that he could not utter a single word. His eyes spun around in their sockets like little tops. After a minute he groaned and took his cap off with a gesture of deep discouragement.

"Fifty ecus!" he blurted out, "Lord Jesus, is it possible?"

The municipal surveyor continued: "And that's not all. You must repair your wall."

"You must fix your wall," the functionary persisted, "because it's in a dangerous state of disrepair, and it'll damage the road when it falls. And remember this well: if your wall comes down, I will write you a new summons, and then you'll need exactly one hundred ecus to pay the fine." Pop Rivoli started to panic. "A hundred ecus! Damn! What is this world coming to?"

"But first, listen up: go and ask, on a stamped document that costs twelve sous, for a permit from the prefect." "I can't read at all," said Rivoli.

"That's not my problem at all. That's it, basically. I'll be keeping an eye on you."

Pop Rivoli went back into his house. He didn't know how to solve his dilemma, but he did know that the administration didn't play any games with the poor folks. If he fixed his wall, it would bring on a fifty-ecu fine. If he didn't fix it, then a hundred ecus. They force him to mend the wall and forbid him to mend it at the same time. In either case, he was at fault and he had to pay. His thoughts were tumbling around inside his brain. His head was aching. Feeling the full extent of his impotence and his despair, he sighed:

"And the deputy from Paris told me just the other day that I'm a sovereign citizen, that nothing can be done without me, and that I'm free to do as I please."

He went to ask the advice of his neighbor who was familiar with the law, being a municipal councilor.

"That's how it is, Pop," he said with an air of importance. "It's got to be done this way. And since you don't know how to write, I'd like to do you a small favor: I'm going to write up your petition."

The letter was sent off. Two months went by. The prefect didn't respond. Prefects never respond. They write poetry, they flirt with the wives of tax collectors, and they may even be off in Paris, where they'll spend their evenings at the Olympia with various ambassadors. Each week, the municipal surveyor stopped in front of Pop Rivoli's house.

"You should send in a duplicate petition."

The duplicates piled up inside the tomb of the prefecture, along with the original petition on its stamped paper and a lot of undisturbed dust. Every day old man Rivoli spotted the mailman coming by on his route, but never stopping at his gate. The cracks in the wall grew wider and longer, the stones detached themselves and rolled onto the road-bank, the mortar crumbled, and the surface lifted off more and more, because there had been a heavy frost in the meantime. The wounds expanded and gnawed away at the poor, half-crumbled wall with their leprosy.

One night when a strong wind was blowing, it collapsed completely. Pop Rivoli noticed the disaster the next morning at dawn. In its fall, the wall had brought down with it the espalier trees from the yard which produced such beautiful fruit in the autumn. Now nothing protected the poor man's residence: the thieves and the vagabonds could come in at any time to catch the chickens and steal the eggs. And then the terrible municipal surveyor came back:

"Ah! Didn't I tell you this would happen? It's fallen down, for Christ's sake! Oh, well! I'm going to write you a summons." The old man wept:

"Go on, go on. After all, it's no big deal. With the fifty ecus of the first fine, you'll only have to cover one hundred fifty ecus plus expenses. You can easily pay that."

But old man Rivoli could not pay that. His entire fortune was inside his yard, and in his two arms which eked a living out of his yard to their continual fatigue. The good-natured fellow became somber. He no longer went outside his house, where he remained seated all day long in front of his cold hearth with his head in his hands. The sheriff had come by twice. He had seized the house, and he had seized the yard. In eight days, everything would be sold at auction. Then one evening, Pop Rivoli left his chair by his cold hearth and went down to the cellar, silently, without a lamp. Groping around with his fingers, among the empty cider pipes, the tools, and the baskets, he found a thick rope which served to crimp the drinking casks. Then he went back up into his yard.

In the middle of the yard was a large walnut that spread its gnarled and sturdy branches above the grass, against a sky that had taken on a pearly sheen from the first rays of moonlight. He fastened the rope to one of the higher branches, after climbing into the tree using a ladder and going farther up from branch to branch. Then he tied the rope around his neck and let himself fall like a stone into the void. The rope made a squeak as it squeezed against the branch, and the branch made a small cracking sound.

The next day, the mailman brought the permit from the prefect. He saw the hanged man swinging at the end of the rope, inside the yard, among the branches of the tree, where two birds were singing at the top of their lungs.

Image Gallery of The Wall